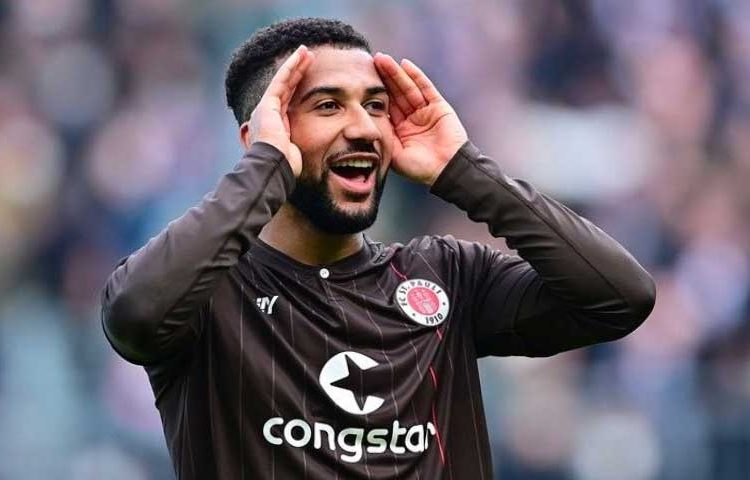 The 25-year-old attacking midfielder – after scoring in a German Cup defeat in mid-week – returned to scoring in the league after doing so last weekend with a stunning free-kick away to Ingolstadt – making it 4 goals in three games in a week.

Kyereh opened the scoring after 14 minutes at the Millerntor-Stadion with a left-footed shot inside the box.

He doubled the lead for St. Pauli in the 25th minute with a back-post finish before Simon Makienok made it three for the joint league leaders in the 34th minute.

Six minutes after the hour mark, Philipp Hofmann found a consolation for Karlsruher to finish the game 3-1.

Kyereh now has 9 goals and 10 assists in 22 league games so far for St. Pauli this season.

Capped five times by Ghana, Kyereh is expected to play a leading role for the Black Stars when they battle the Super Eagles of Nigeria in the 2022 Fifa World Cup playoffs on March 25 and 29.

2022 WCQ: Baba Rahman could miss Nigeria game due to injury

2022 WCQ: Baba Rahman could miss Nigeria game due to injury