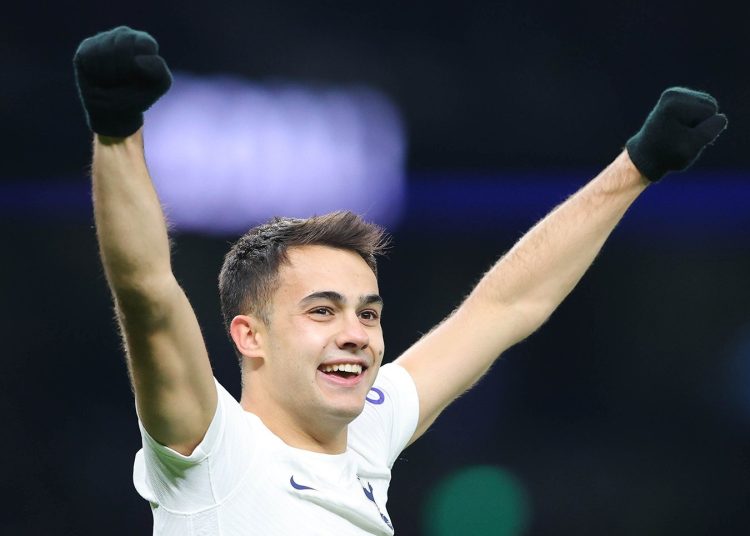 Harry Kane is just one goal away from equalling Frank Lampard’s Premier League goal tally as he netted twice in Tottenham’s 5-0 thrashing of the Chelsea legend’s Everton side.

Antonio Conte’s men raced to a 3-0 lead in the first half thanks to a Michael Keane own goal and strikes from Heung-min Son and Kane.

Sergio Reguilon made it 4-0 a matter of seconds after being brought on at the start of the second half, while Kane’s expertly-taken volley, which took him to 176 Premier League goals and above Arsenal icon Thierry Henry, completed the rout.

Spurs could’ve won by more against their abject opponents as Eric Dier hitting the crossbar with a header, while Davinson Sanchez, Son and Kane also went close.

The result sees Spurs move level on points with sixth-placed West Ham and close the gap on fifth-placed Manchester United to two points and have played two fewer league matches than their top four rivals.

Meanwhile, the Toffees are just one point above the relegation zone but have played one match less than 18th-placed Burnley.

Spurs equalled their best ever Premier League win at the Tottenham Hotspur Stadium and will now have real belief that they can gate-crash the Champions League qualification places.

Conte’s men, although still in seventh, are three points behind Arsenal and firmly in the race ahead of a crunch visit to Manchester United next week.