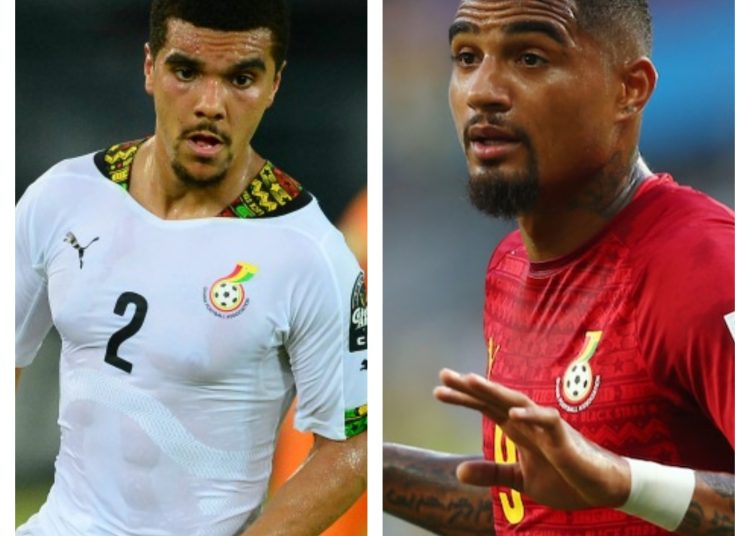 According to multiple reports, the new squad for the qualifier against Nigeria in Cape Coast and Abuja will feature new faces and some familiar old faces.

With names like Osman Bukari of French Ligue 1 side Nantes, and Bristol City striker Antoine Semenyo being heavily tipped to be called to represent the country against Nigeria, Kevin-Prince Boateng and Kwesi Appiah have seemingly reignited interest in joining the pack.

Boateng, who currently players for Hertha Berlin,  featured for the Black Stars of Ghana from 2010-2015, making fifteen appearances in total with two goals to his name.

In a social media post, replying to a tweet from an ace journalist, Gary Al-Smith who hinted the new Black Stars squad under Otto Addo will have some new faces, K.P Boateng then replied, “Let’s see…”.

His post also had Kwesi Appiah, a member of Ghana’s 2015 AFCON squad, commenting with the same phrase “let’s see”.

Appiah, who now plays for Crawley Town, has also featured seven times for the Black Stars of Ghana, scoring twice.