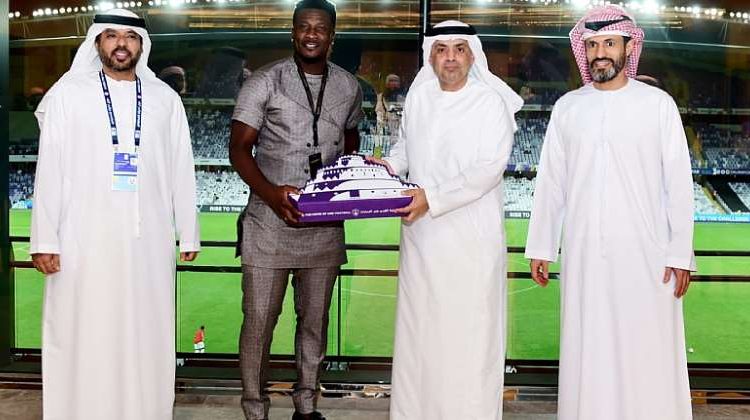 The ex-Ghana international returned to the Hazza Bin Zayed Stadium on Tuesday, 08 March 2022 where he met Vice Chairman of the Board of Directors Khaled Abdullah Hamar Ain Al Dhaheri.

In attendance for the short honouring ceremony were other Board of Directors Salem Al-Junaibi and Majid Al-Owais.

Gyan is in the UAE for the Dubai Expo to promote investment in Ghana.

The brief ceremony was during the interval where Al Ain drew 0-0 with Al Jazira to reach the Pro League Cup final on the away-goals rule.

After the match, Gyan said: ”It is difficult for me to express my feelings towards Al-Ain, the great club that I love and adore, and in which I spent a wonderful period, and I have memories that cannot be removed from my memory, and I will not reveal a secret if I tell you that I consider it the best club ever for me, and personally, I am very happy to be back in my big home.” 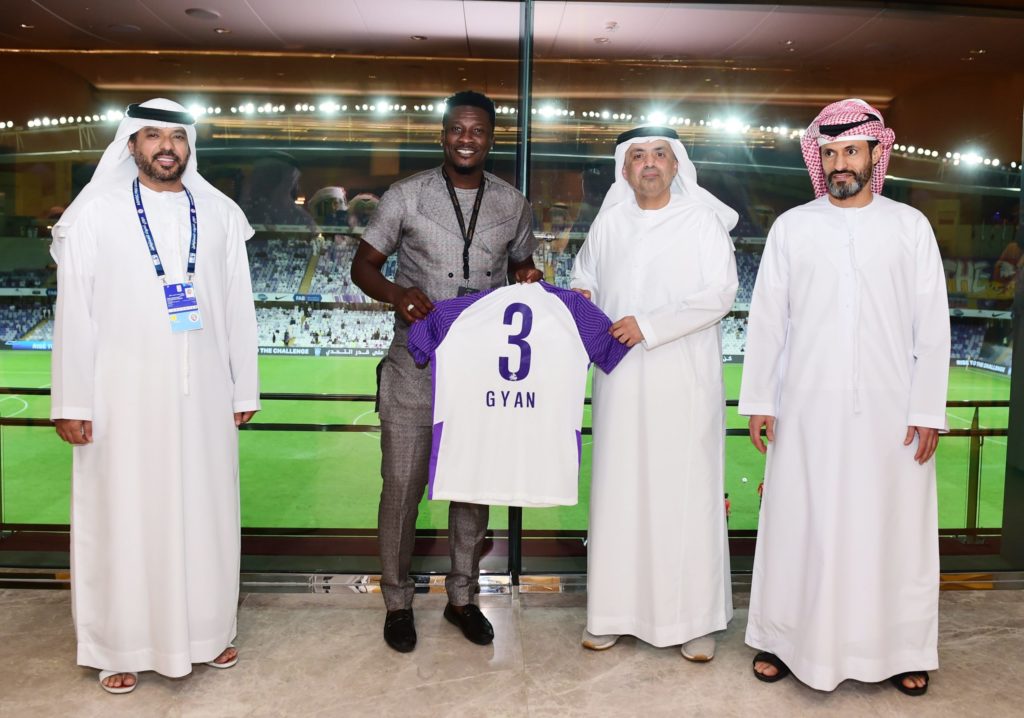 He helped Al Ain to three league titles and one President’s Cup crown, scoring the winner in the 2014 final.

Gyan was the league’s top scorer on three occasions and was top scorer in the 2014 Asian Champions League with his 12 goals as Al Ain reached the semi-final.