Muntari to miss Hearts of Oak’s game against Aduana 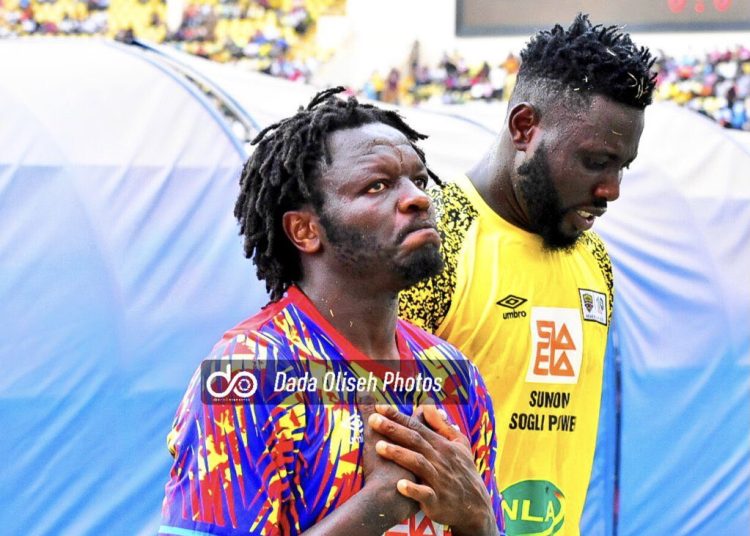 Accra Hearts of Oak have announced that Sulley Muntari will be unavailable for their Ghana Premier League game against Aduana Stars due to injury.

It was previously speculated the former Inter Milan midfielder had made a decision not to play, but the club clarified that Muntari had picked up an injury in the 2-1 win against WAFA.

In addition, the club clarified the situation of three other players; Daniel Kordie has returned to training, whilst Agyenim Boateng is fully recovered and will return to the squad.

The last update was on Salifu Ibrahim, who has started light training but is not yet in match shape. 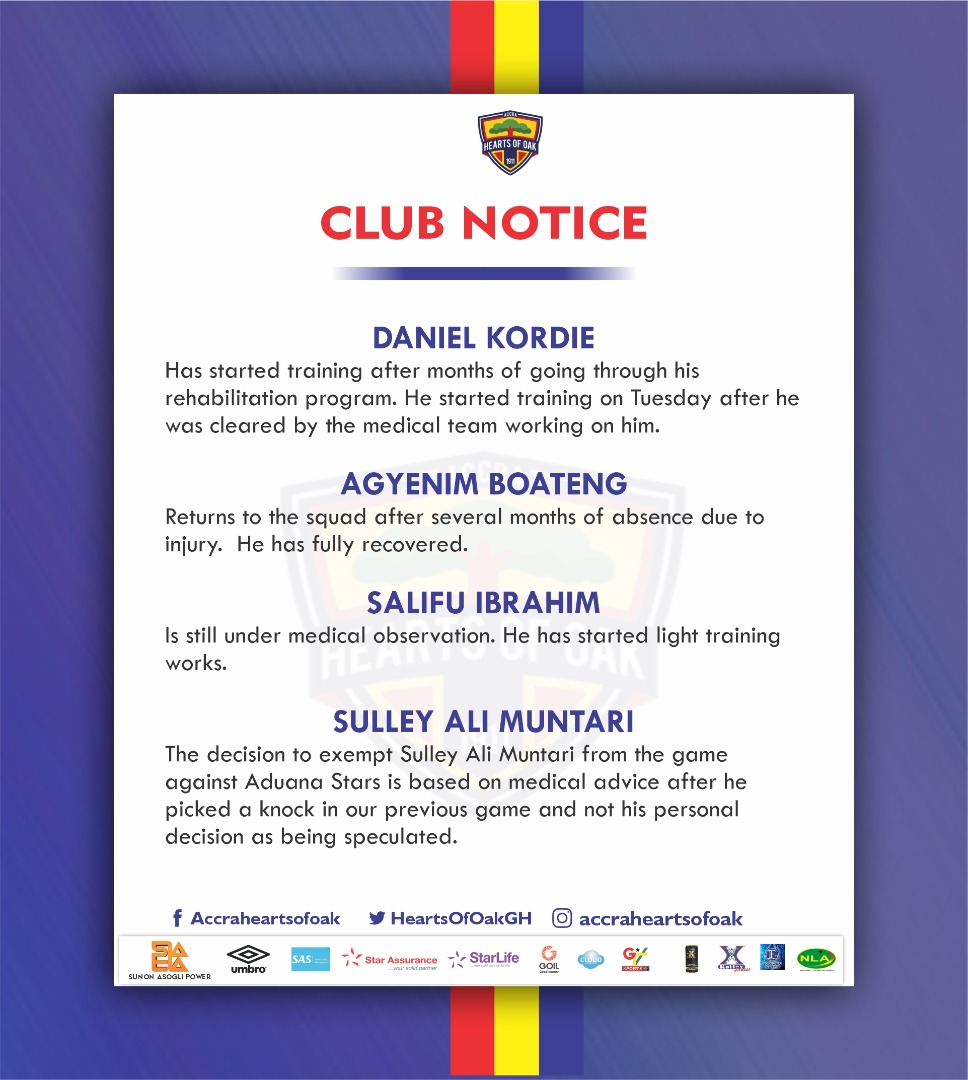 U-20 WWCQ: Evelyn Badu, Perpetual Agyekum out of squad to face Ethiopia

U-20 WWCQ: Evelyn Badu, Perpetual Agyekum out of squad to face Ethiopia