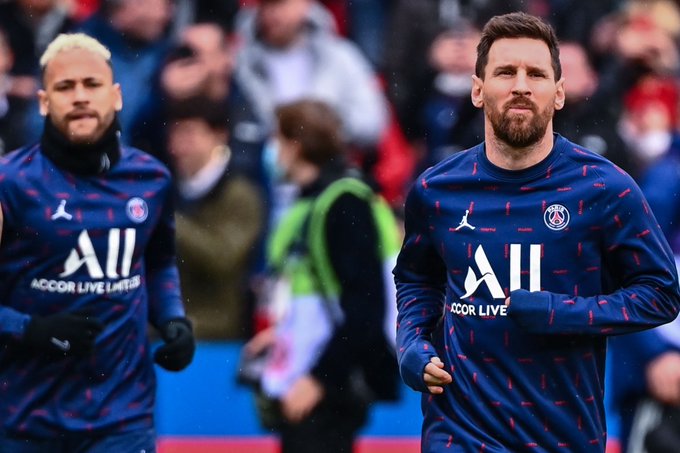 It seems fans of French club, Paris Saint-Germain aren’t ready to forget their exit from the Champions League at the hands of Real Madrid any time soon.

At the weekend in their league match against Bordeaux, two of PSG’s players, in particular, felt the wrath of the Parisien fans.

Neymar and Lionel Messi were booed by the home fans loudly when their names were called out during the warm-ups.

The two players were whistled any time they touched the ball during the game, with Neymar also subjected to hisses even after he scored PSG’s second in the game.

The two high-profile transfers from Barcelona were expected to drive the team to European glory after they were reunited in the French capital this season but failed to find the net in both legs against Real Madrid.

Messi was guilty of missing a penalty in Paris while Neymar also gave the ball away for Madrid’s second goal before reports of a bust-up with goalkeeper Donnarumma after their exit emerged.

The Brazilian did, however, assist both of PSG’s goals in the two-legged tie.

One player who escaped the fans’ ire was French striker, Kylian Mbappe.

PSG’s only goalscorer across the two Round of 16 games was cheered roundly by fans when his name was mentioned and received loud cheers when he scored their opener.

Some fans even chanted for him to stay with the club as it was his “home” amid speculation that he will join Madrid on a free transfer this summer.

Mbappe getting applauded while Messi and Neymar get booed by the PSG fans lmaoooo pic.twitter.com/bAjOe6k7aw

Neymar and Lionel Messi are being booed at the Parc des Princes every time they touch the ball during PSG's game with Bordeaux. pic.twitter.com/JXhCcm5Dnn

Thomas Partey can be our best player – Mikel Arteta

GPL: The title race is not over – Samuel Boadu insists

GPL: The title race is not over - Samuel Boadu insists