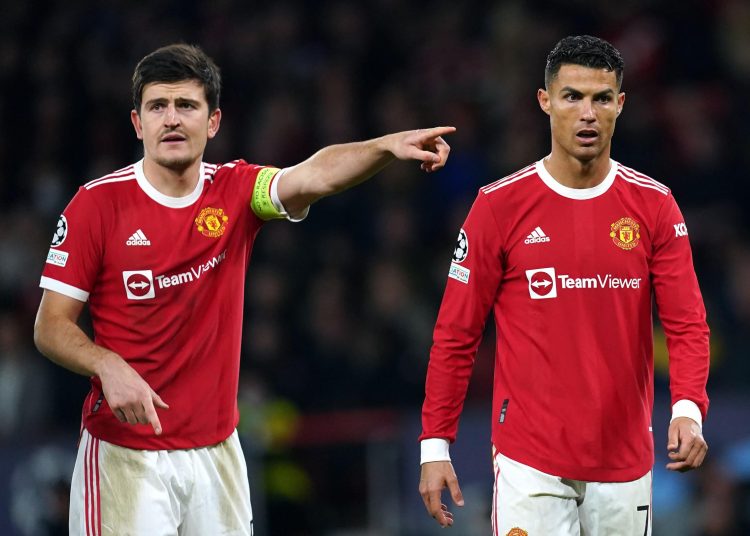 After securing a 1-1 draw in the first leg at the Wanda Metropolitano, Ralph Rangnick’s side needed a win, but a lacklustre performance saw United bow out via a Renan Lodi goal.

Manchester United captain, Harry Maguire, struggled yet again at the heart of the defence and was substituted late in the second half, with Juan Mata coming on for him amidst ironic cheers.

However, the clumsiest moment for the Manchester United captain came when he accidentally headed his teammate, Cristiano Ronaldo in the face, almost breaking his teeth.

In the sequence leading to the unfortunate incident, Maguire, who is a threat from set-pieces, was trying to hold off Savic to create room for Cristiano Ronaldo and himself.

But the 29-year-old only succeeded in colliding with the 37-year-old, who held his teeth in pain shortly after the incident.

Atlético Madrid then went on to hold on to their lead to eliminate the Red Devils, extending their trophyless season to five years.

Ralph Rangnick’s side however have a chance to book a slot in the Champions League next season should but face stern competition from Arsenal who are fourth on the league table and have some games in hand.

I’m totally convinced that Harry Maguire is man of the match every game……….for the opposition. pic.twitter.com/2CVLTO09RV