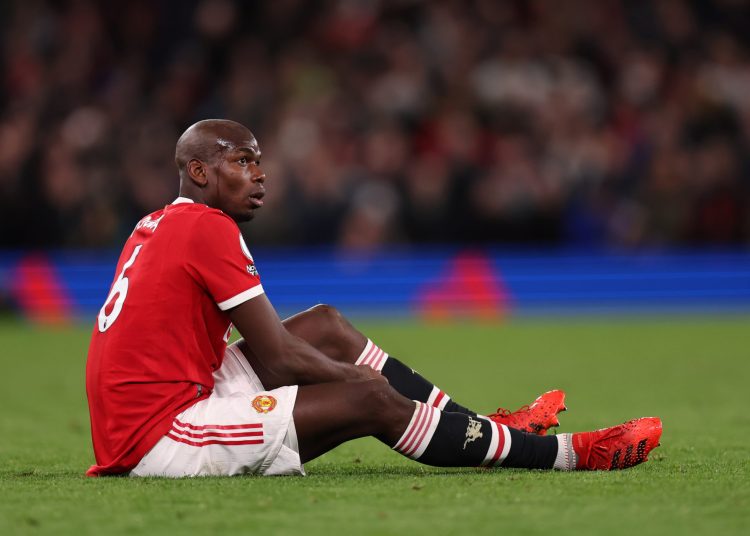 The France player came on after 67 minutes as the Spanish side won 1-0.

Pogba said, “our family’s worst nightmare was realised when our home was broken into … while our babies were sleeping in their bedroom”.

The family’s nanny was at home at the time and Pogba has offered a reward to “anyone who has a clue to help us”.

Pogba’s two children are aged three and one.

The 29-year-old has been at United since re-joining the Old Trafford club in a then-world record £89m transfer from Juventus in 2016.

His contract with the club runs out in the summer.

“My wife and I rushed home not knowing if our children were safe and unharmed,” added Pogba.

“As a father there is no feeling worse in this world than not being able to protect your children and I sincerely hope that no-one ever has to feel what I felt last night.”

Manchester City defender Joao Cancelo was injured when he tried to fight off a gang of intruders during a break-in over the Christmas period.

And, in January, the wife of Manchester United defender Victor Lindelof said her family were the subject of a break-in while the centre-back played against Brentford.

Manchester United are working with all their players to review and strengthen security at home.

No events at Baba Yara stadium until Ghana-Nigeria match – GFA

Kurt Zouma to be prosecuted under animal welfare act

Kurt Zouma to be prosecuted under animal welfare act