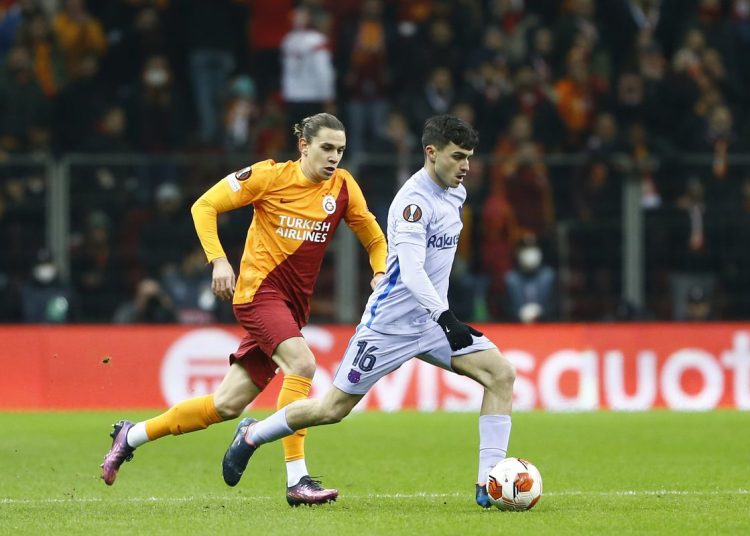 Pierre-Emerick Aubameyang scored his seventh goal in as many games to help Barcelona beat Galatasaray in the Europa League.

The ex-Arsenal player hit the winner to complete an impressive comeback after Galatasaray had taken the lead.

With the tie poised at 0-0 after the first leg, Brazilian defender Marcao gave the hosts the lead before Pedri equalised with a fine individual goal.

Barça ran down the clock, infuriating the home crowd who started throwing bottles and plastic cups onto the field, and the referee stopped the game for a few minutes while the Galatasaray players tried to calm things down.

Aubameyang, 32, joined Barcelona on a free transfer in February after four years at Arsenal and Gabon forward has been an impressive signing.

Xavi’s side had dropped into the Europa League after finishing third during the group stage of the Champions League, behind Bayern Munich and Benfica.

Women’s FA Cup: Holders Hasaacas Ladies to face LadyStrikers FC in Round of 16