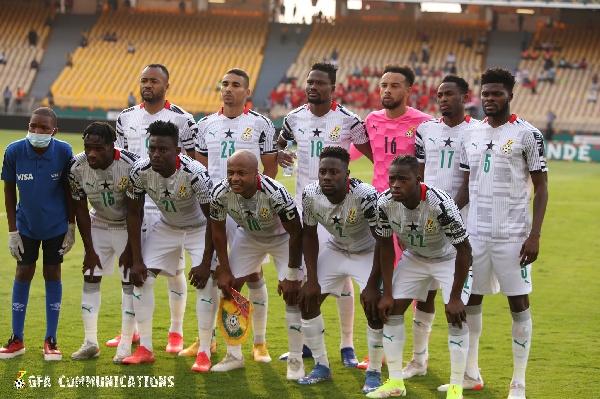 The Ghana Football Association has finally revealed the Black Stars squad to face Nigeria in the 2022 FIFA World Cup play-offs set to begin this Friday.

Head coach Otto Addo and the GFA had opted not to release the squad weeks before the game, which caused outrage on social media.

But with three days to the game, Ghanaians finally know the men that will do battle with their West African rivals.

The squad is made up of 27 players – four goalkeepers, nine defenders, six midfielders, four wide players and four strikers.

Goalkeeper Richard Ofori also returns to the team after a long injury layoff, but Stade Rennais Kamaldeen Sulemana, is out with an injury.

Jordan Ayew makes the team all though he tested positive for Covid-19 two days ago. They expect him to be passed fit to play at least in the return leg.

Felix Afena-Gyan and Kudus Mohammed, who were both named in Ghana’s 2021 Africa Cup of Nations tournament in Cameroon but missed out, have both been included.

Captain Andre Ayew, who is suspended following his red card in the last AFCON group game against Comoros, has not be named.

Ghana will play the first leg in Kumasi on Friday 25th August, 2022 in Kumasi with the return leg to be hosted in Abuja four days later.

The winner over two legs will book one of Africa’s five slots for the 2022 World Cup to be hosted in Qatar at the end of the year.

See the full squad below: 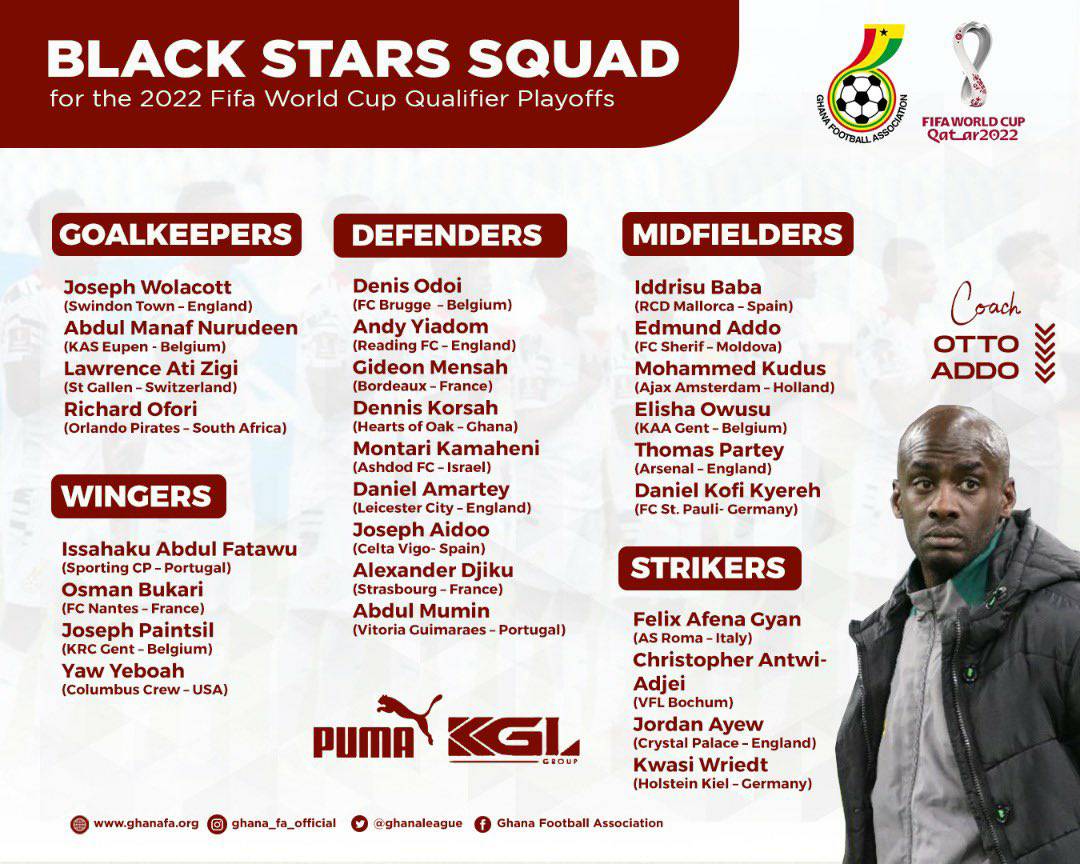