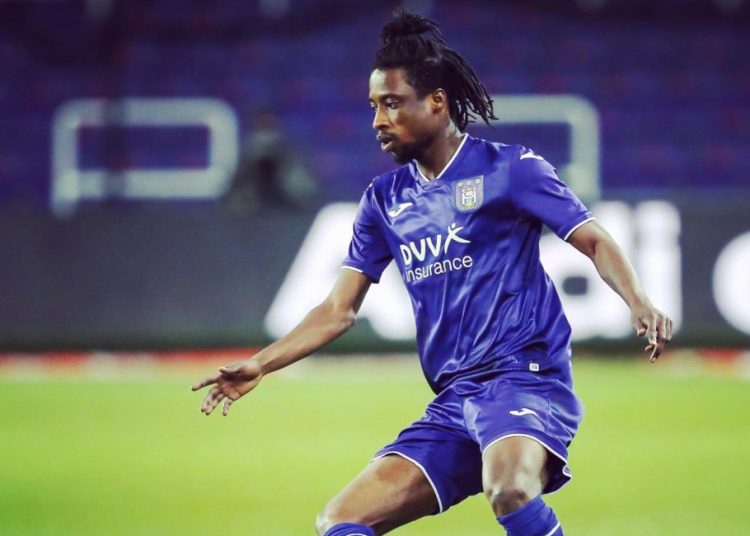 Former Black Stars captain, Asamoah Gyan, sent social media into a frenzy when he tweeted his disappointment that midfielder, Majeed Ashimeru had not been included in the 27-man squad to face Nigeria in the 2022 World Cup playoffs.

Otto Addo’s first Black Stars squad as head coach has naturally provoked some debate online but no one expected Gyan to wade into the conversation so angrily.

“This guy Majeed Ashimeru is the best midfielder in Ghana, after Thomas Partey, PERIOD. I have kept quiet on this but this nonsense must stop. Smh,” he said in a tweet that has since been deleted.

Gyan later apologised for his harsh words but insisted that Ashimeru deserves to be in the current squad.

So why is Gyan so insistent on the inclusion of  Ashimeru in the squad?

The midfielder has played 31 times for Anderlecht this season but it is in the last couple of months that he has found his best form.

He has scored three goals and provided two assists this season and started all of Anderlecht’s last seven league matches, of which they have only lost one.

This includes a 2-1 win over Royal Antwerp, which the Ghanaian dominated, earning the nickname “Magic Majeed”.

The Belgian side posted a compilation of his best moments from the game and one look at the video makes Gyan’s exasperation at his exclusion from the squad a little more justified.