2022 WCQ: “We believe in ourselves” -Thomas Partey on facing Nigeria 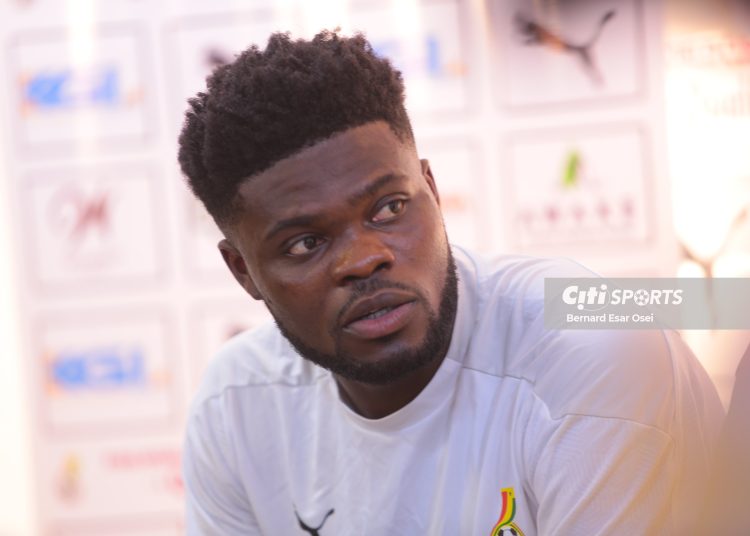 Deputy captain of the Black Stars, Thomas Partey says he believes his colleagues will deliver an excellent performance against Nigeria despite the pressure coming from Ghanaians.

Partey will captain the Black Stars against Nigeria in the absence of the suspended Andre Ayew when the Black Stars of Ghana play Nigeria Baba Yara Sports Stadium in a 2022 World Cup play off first leg game.

The Black Stars will be hoping to make it to its fourth World Cup, with the Super Eagles, the only stumbling block in securing a ticket to Qatar later in the year.

“We all know what we have as a team, we have a lot of young talented players coming in and I understand that Ghanaians demand a lot from us going into the game and we are going to do our best. We believe in each other, we believe in the coach, the system he wants us to play and I can say that we are ready to go,” Thomas Partey stated in the pre-game press conference.

The first leg of the encounter will be played at the Baba Yara Sports Stadium on Friday, March 25, 2022 and the return leg, four days later in Abuja.

The winner over the two legs will have one of five tickets available to Africa at the 2022 FIFA World Cup to be hosted in Qatar.

2022 WCQ: “We know Ghanaians are skeptical about the team but we have a plan” -Otto Addo

“We are ready” – Otto Addo confident ahead of Nigeria clash

"We are ready" - Otto Addo confident ahead of Nigeria clash