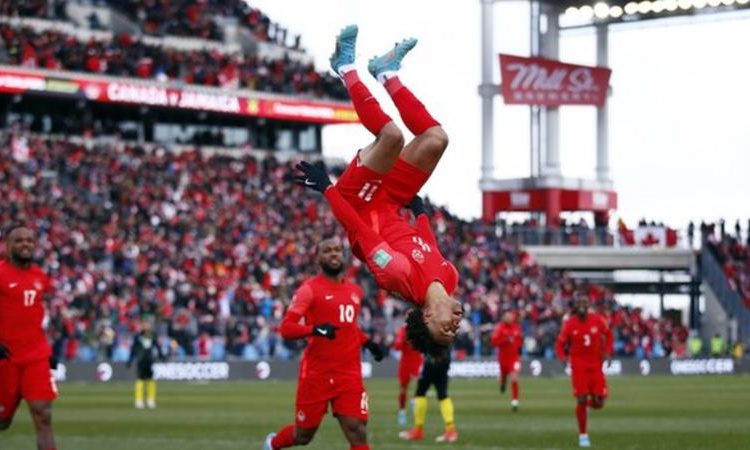 0
SHARES
497
VIEWS
Share on FacebookShare on TwitterShare via Whatsapp

Victory in Toronto means Canada are assured of finishing in one of the top three places in the final stage of Concacaf qualifying.

Their last World Cup appearance came at Mexico 1986, where they finished bottom of their group without scoring.

Cyle Larin and Tajon Buchanan put Canada 2-0 up at half-time before Junior Hoilett and an Adrian Mariappa own goal sealed the victory.

It led to joyous celebrations from the sell-out crowd at BMO Field as Canada clinched World Cup qualification for only the second time.

The United States, Mexico, Costa Rica and Panama are all in contention for the final two automatic Concacaf qualification spots.

The fourth-placed country in the eight-team table earns a play-off against the winner of Wednesday’s final of Oceania qualifying between the Solomon Islands and New Zealand.