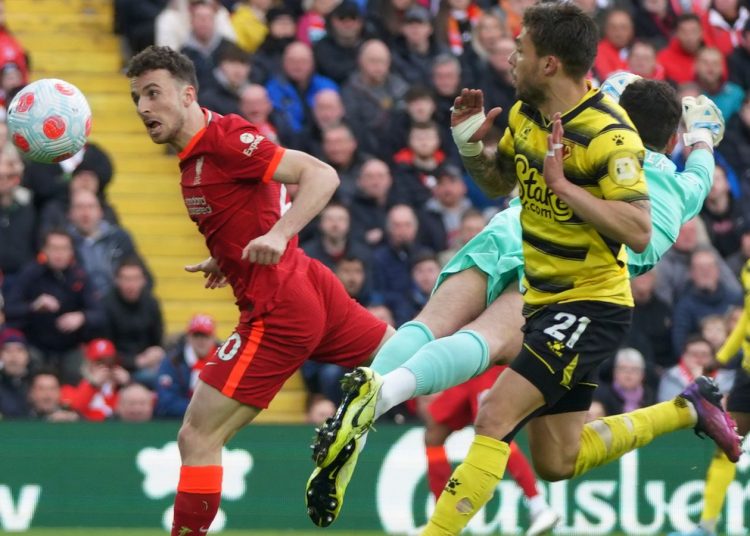 Liverpool beat struggling Watford to complete a remarkable return to the top of the Premier League – for a few hours at least.

The Reds trailed Manchester City by 14 points on 15 January, but a 10th straight league win at a raucous Anfield took them above Pep Guardiola’s side, whom they meet on 10 April.

Diogo Jota’s 20th club goal of the season and his third in as many appearances in a red shirt – 34 seconds after Alisson made a huge save to deny Juraj Kucka – helped seal a tense win.

Portugal forward Jota jumped between two Watford defenders to meet a cross and head past Ben Foster as Joe Gomez marked only his second league start of the season with an assist.

Despite sealing a potentially significant win, Liverpool were not at their fluent best.

Joao Pedro wasted a glorious chance to equalise in the second half as Watford remain third from bottom, three points from safety.

Liverpool are two points ahead of City, who face second-bottom Burnley at Turf Moor.