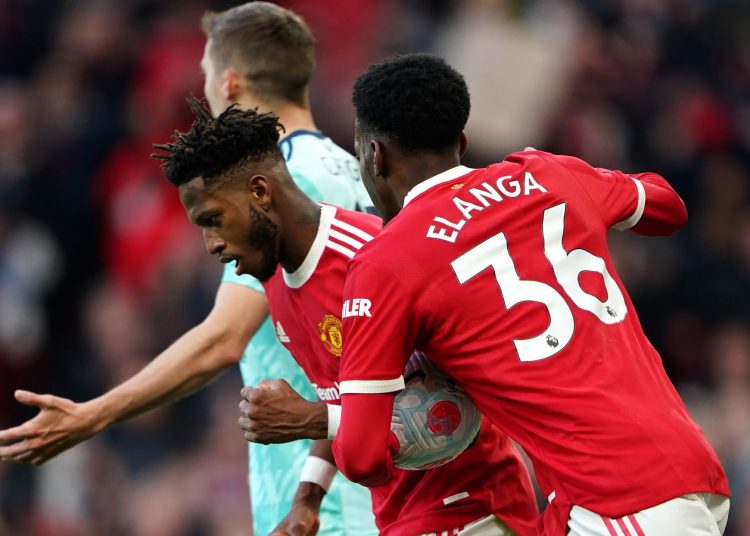 Manchester United’s hopes of returning to the Champions League next season were dealt a fresh blow as they were held to a 1-1 draw with Leicester at Old Trafford.

It might well have been worse for Ralf Rangnick’s side but James Maddison was denied a late winner for the visitors after referee Andre Marriner overruled his strike upon VAR review following a foul by Kelechi Iheanacho on Raphael Varane (80).

Iheanacho had given the Foxes the lead when he rose to direct Maddison’s cross beyond David de Gea (63) but Fred restored parity with an instinctive finish just three minutes later.

Jadon Sancho snatched at a late chance after substitute Marcus Rashford reacted slow to the initial opportunity – summing up the England pair’s recent woes – but it would have been scarcely deserved.

United will continue their fight for a top-four position, but that looks unlikely on this evidence with the side now three points off Arsenal in that coveted spot having played two games more.

Leicester rose above Aston Villa into ninth but their season hinges on their Europa Conference League progress.

‘Best feeling ever’ – Wollacott on qualifying to FIFA World Cup

‘Best feeling ever’ - Wollacott on qualifying to FIFA World Cup