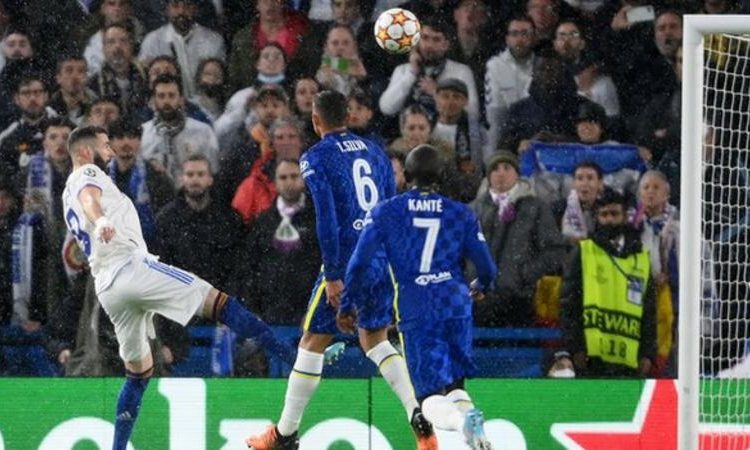 0
SHARES
219
VIEWS
Share on FacebookShare on TwitterShare via Whatsapp

Real coach Carlo Ancelotti made a winning return to the club where he won the Premier League and FA Cup double after veteran France striker Benzema delivered his latest masterclass.

Benzema, 34 and fresh from the treble that sunk Paris St-Germain in the last 16, punished holders Chelsea with two magnificent headers in the space of three minutes midway through the first half.

Kai Havertz’s header gave Chelsea hope before the break but keeper Edouard Mendy’s poor clearance seconds after the restart gifted Benzema his third to put Real in command of the tie before the second leg at the Bernabeu next Tuesday (12 April).