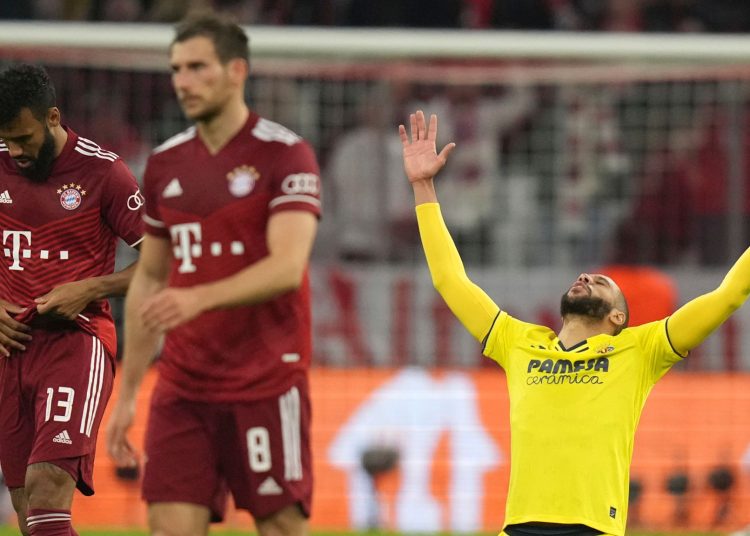 0
SHARES
176
VIEWS
Share on FacebookShare on TwitterShare via Whatsapp

Bayern Munich were sent crashing out of the Champions League as Samuel Chukwueze’s 88th-minute strike secured a dramatic 2-1 aggregate victory for underdogs Villarreal.

Substitute Chukwueze, who had only been on the pitch for four minutes, finished off a rapid counter-attack when he converted Gerard Moreno’s cross to silence the Allianz Arena as Bayern were eliminated at the quarter-final stage for the second year in a row.

Bayern had been pushing for a winner of their own after Robert Lewandowski cancelled out Arnaut Danjuma’s first-leg strike with his 13th Champions League goal of the campaign early in the second half.
But Unai Emery’s side, Europa League winners against Manchester United last season, defended resolutely in the face of heavy Bayern pressure and seized their chance when it came.
Indeed, while Bayern had 45 shots across the two legs and only scored once, Villarreal netted with each of their only two efforts on target, with Chukwueze’s breakaway strike meaning they will face either Liverpool or Benfica in only the second Champions League semi-final in their history.
Source: Sky Sports
Tags: Bayern MunichRobert LewandowskiSamuel ChukwuezeVillareal
Previous Post