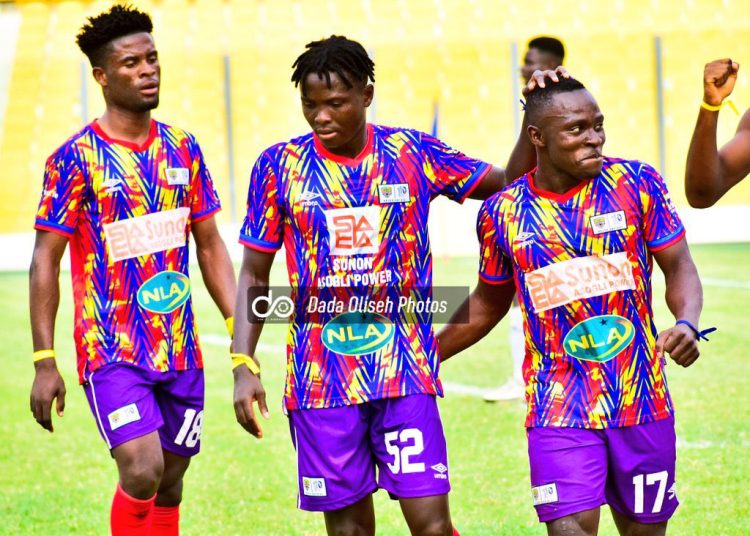 Defending champions, Accra Hearts of Oak kept their title defense alive after securing a crucial 1-0 win over Division One side, Skyy FC in the last quarter-finals game of the MTN FA Cup.

The Phobians will now join the likes of Aduana FC, Dreams FC and Bechem United in the last four stage of this year’s competition.

After a cagey 0-0 battle in the first half, a delightful pass from Gladson Awako found Patrick Razak who neatly dispatched his effort into the back of the net.

This goal made it 1-0 to the Phobians

Both sides had chances to punish their opponent but failed to capitalise on them as Hearts of Oak edged Skyy FC.

The result means Hearts of Oak will face Dreams FC, while Bechem United will take on Aduana FC in the semi-final stage of the competition.