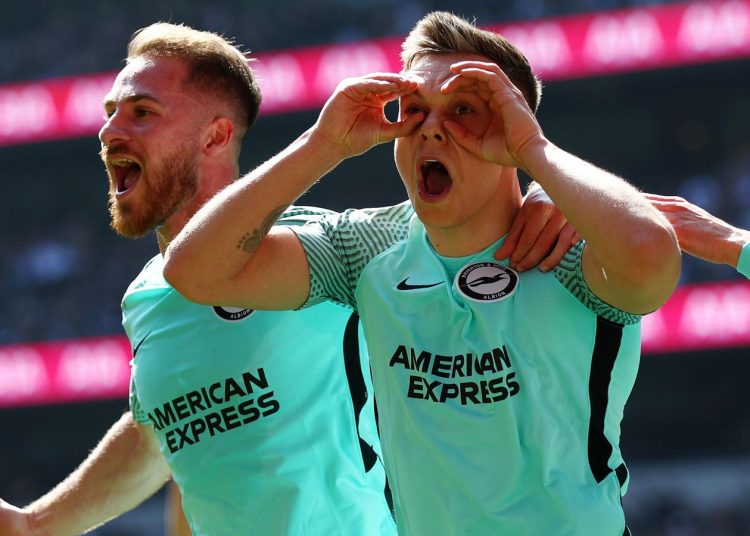 Leandro Trossard’s excellent 90th-minute finish for Brighton in a 1-0 win at Tottenham secured a remarkable north London double for the Seagulls, a week after they beat Arsenal at the Emirates Stadium.

Graham Potter’s side frustrated Spurs throughout the contest and then Trossard showed some skill in the box to make room to prod past Hugo Lloris to grab Brighton’s first win at Tottenham since 1981.

Spurs had scored at least twice in each of their previous seven but failed to have a single shot on target over the 90 minutes, with Heung-Min Son denied by excellent blocks from Joel Veltman and Trossard in the second half.

Antonio Conte’s team had gone into the game hoping to win their fifth game in a row and move six points clear of rivals Arsenal but Mikel Arteta’s side now have the chance to bounce back from last week’s 2-1 defeat to Brighton at Southampton on Saturday afternoon.
The fifth-placed Gunners could move level on points with Spurs, with a game in hand.
Source: Sky Sports
Tags: ArsenalEnglish Premier LeagueLeandro TrossardTottenham Hotspur
Previous Post