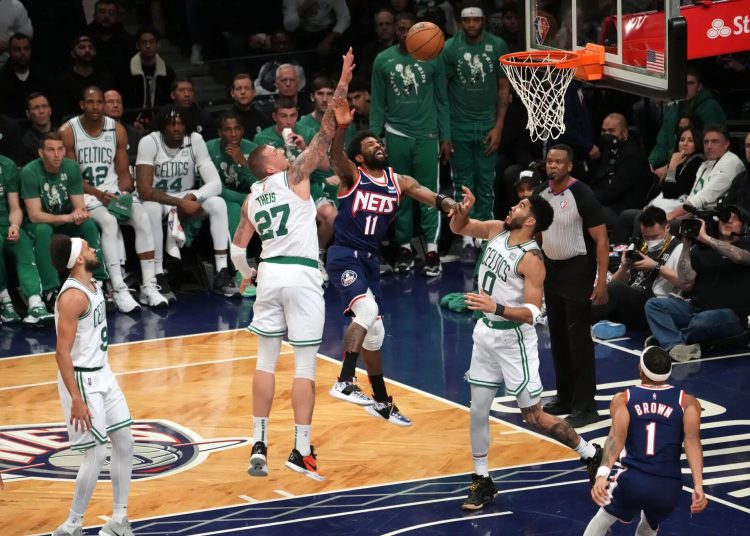 The Brooklyn Nets, who entered the regular season as the title favorites, become the only team in the first round of the NBA playoffs to be swept. A season like no other for the Nets concluded with a 116-112 loss to the Celtics at Barclays Center Monday night.

For the head coach, it was another disappointing loss, similar to so many others in the season. “Maybe they ran out of gas,” Nash said, in a comment that could apply to the larger context of the 2021-22 season.

“It felt like there were a few stories unfolding. At halftime, we told the players, ‘we got to all come back and rebound. They had a lot of second-chance points to none at the half. We missed a bunch of free throws in the first half. The second half, I felt our guys really battled. Maybe they ran out of gas. Maybe we needed to score the ball, we went small, and it takes a toll on these guys to have to cover bigger guys all night, keep them off the glass, and still fly around and play fast with a small lineup. In the end, that wore our guys down and we weren’t able to make enough plays.”

The series final score: Celtics 4, Nets 0. It was the fourth time the Nets have been swept in a playoff series, but the first in Kevin Durant or Kyrie Irving’s careers. For the two superstars, it was a bitter journey from being part of the “Clean Sweep” in June 2019 when they announced they were headed to Brooklyn, to a playoff sweep. The Nets have won only one playoff series, last year when they beat the Celtics in a 4-1 “gentlemen’s sweep.”

Durant didn’t go down without a fight and had a bounce-back offensive performance of a game-high 39 points (13-of-31 shooting from the field and 3-of-11 shooting from 3-point range) to go with seven rebounds, nine assists, a steal, and four turnovers in 47 minutes of play.

“I’ll miss going to the gym, miss the routine, getting ready for games. What we do, we have the best jobs in the world doing your passion for a living. When it ends like that, you start thinking about the whole year,” said Durant after the Game 4 loss. “Give credit to the Celtics first off. They’re an incredible team. They have a chance to do some big things the rest of the playoffs. They played amazing.”

Kyrie Irving, who was passive on the offensive end for a heavy majority of the elimination contest, finished with 20 points on 6-of-13 shooting overall and 2-of-3 shooting from behind the arc. Irving dished five assists, grabbed five rebounds, swatted two shots, and turned over the ball twice in 45 minutes of play.

“Disappointment. A little sadness because we didn’t play as well as a team as we wanted to. We can throw out all the things that happened this season, but just heavy emotionally and now that the series is done and we can congratulate the Boston Celtics for doing what they came to do and do what they’re supposed to do,” Irving said. “More importantly on the positive side, just motivation.

“It’s burning in my heart right now I know so many people wanted to see us fail at this juncture, pick us as contenders, and have so much to say at this point. I’m just using that as fuel for the summer.”

Seth Curry had a solid sharpshooting performance, concluding with 23 points (9-of-13 shooting from the field and 5-of-9 shooting from 3-Point range) in 38 minutes. Curry, who commonly generated his own offense, had four rebounds, two assists, and two steals in the Game 4 loss. The sharpshooter dealt with foul trouble early in the first half. Goran Dragic delivered a good contribution off the bench with 10 points, eight rebounds, four assists, and a steal in 24 minutes.

“We just weren’t good enough. They were just better. They swept us,” said Dragic who turned down five other teams to join his old mentor, Nash. “The first game was a winnable game for us. From there on, maybe the series would go a different way. In the end, they just dominated us especially second-chance points, rebounding, just everything. They deserve to win.”

Nic Claxton, who set an NBA record for most consecutive misses from the free-throw line in a playoff game, did everything well aside from that. The young big man went 6-of-6 from the field to end with a bench-leading 13 points to go with six boards, two assists, and three blocks. Blake Griffin gave it his all despite not scoring, ending with three rebounds, four assists, a steal, and two key charges in 18 minutes.