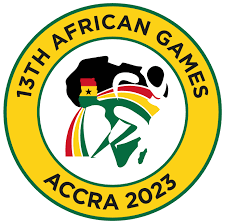 The Africa Games Local Organizing Committee has launched the maiden Sallah football competition, a competition to celebrate the end of the Ramadan period. The competition will be held at the Madina astroturf on May 14th and 15th. The games will be accompanied by a food bazaar.

8 communities with strong Muslim populations, will assemble teams to compete for a grand prize of GHS10000. The rest of the top 4 teams will net 8000, 6000 and 4000 respectively.  The communities are Mamobi, Sukura, Madina, Accra New Town, Kaolin, Fadama, Nima, and Tudu

The event is part of the drive to increase public awareness of the Africa games and it is the first in a long line of future events.

It is the brainchild of the LOC and was ratified by the Chief Imam who will be the guest of honour at the event. The LOC and Chief Imam are also hoping that the event will increase community cohesion and improve national unity along religious lines.

Adidas Ghana has generously provided balls, jerseys, tracksuits and other equipment for the competition.

Qatar 2022: South Korean footballer explains why Ghana is ‘most difficult team to analyze’

Qatar 2022: South Korean footballer explains why Ghana is 'most difficult team to analyze'