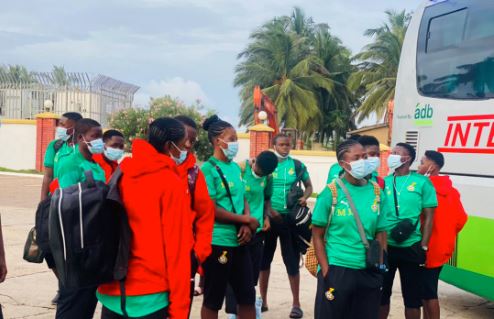 Ghana’s U-17 Women’s team, the Black Maidens have arrived in Elmina as they look to step up their preparations for their match against Guinea.

The Maidens face the Guineans in the second leg of their World Cup Qualifier on Saturday at the Cape Coast Stadium.

24 players travelled to Elmina, led by head coach Baba Nuhu and the rest of the technical team.

They are expected to train on Thursday and Friday at the Cape Coast Stadium before the match on Saturday.

Ghana holds a 3-1 lead from the first leg in Conakry.

A win will pit the Maidens against either Morocco or Niger for a place at the tournament in India.