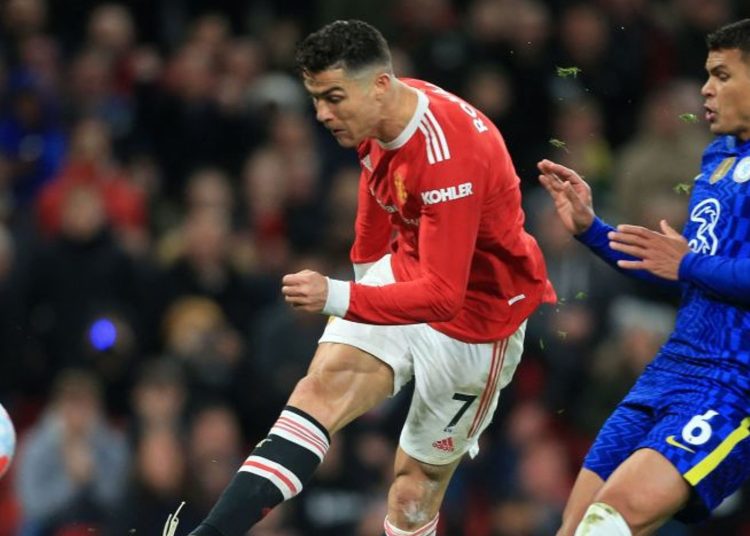 A wonderful strike from Cristiano Ronaldo salvaged a 1-1 draw for Manchester United against a dominant Chelsea at Old Trafford – but the result means United can only now equal their worst-ever points total in the Premier League era.

That decline was plain to see during a first-half which featured protests against the Glazers’ ownership and a United team badly exposed on their own patch by visitors who should have made more of the chances afforded to them.

Kai Havertz wasted three good first-half openings but flicked on a cross from the excellent Reece James for Marcos Alonso to volley in a deserved opener on the hour mark.

Two minutes later, though, Ronaldo responded. A wonderful lofted pass from Nemanja Matic played in the forward, who produced a fine touch and hit to smash in his first goal against Chelsea. He’s now scored eight of United’s last nine Premier League goals – a strong rebuke to his critics.

The goal ignited the home fans and suddenly there was a fight from the players in red – but the visitors continued to pile forwards and only the woodwork denied James what would have been a fine winner late on.