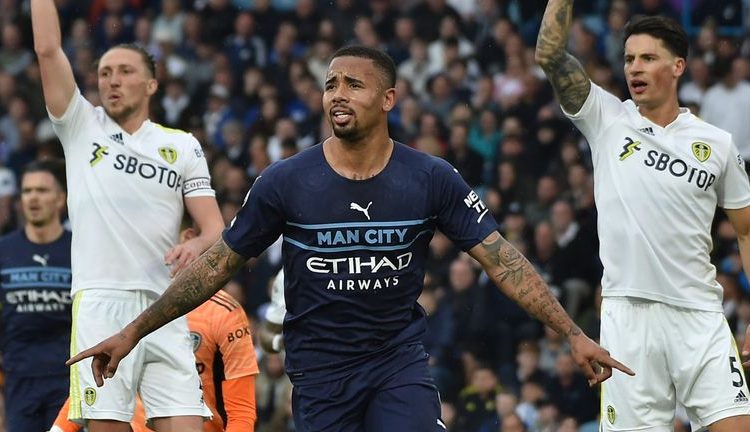 Manchester City moved back above Liverpool at the top of the Premier League after beating Leeds comfortably at Elland Road.

Liverpool’s win at Newcastle earlier on Saturday had placed the pressure back on Pep Guardiola’s side, but Rodri’s glancing header from Phil Foden’s cross gave the visitors an early lead.

Ruben Dias’ downward header was turned in by Nathan Ake, before late goals from Gabriel Jesus and Fernandinho completed a thumping win that keeps City above Jurgen Klopp’s team with four games left to play.