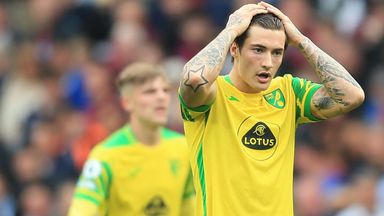 Norwich were relegated from the Premier League after suffering a 2-0 defeat to Aston Villa as results conspired against the Canaries with Burnley winning 2-1 at Watford on Saturday.

Dean Smith’s men needed to avoid defeat or rely on Burnley not winning at Vicarage Road – but the permutation played out in the final 10 minutes as Burnley overcame a one-goal deficit to take all three points.

At Villa Park, substitute Danny Ings had only been on the pitch for a few seconds after replacing the injured Leon Bailey late in the first half when he fired a delightful long pass for Ollie Watkins to latch onto and fire Villa into the lead (41).

Norwich pushed for a lifeline in the closing minutes but the hosts punished the Canaries in stoppage time as Ings collected a loose ball near the penalty spot, turned and doubled Villa’s lead (90+3).