LeGyandary: Asamoah Gyan reveals the story of his first love at age 14 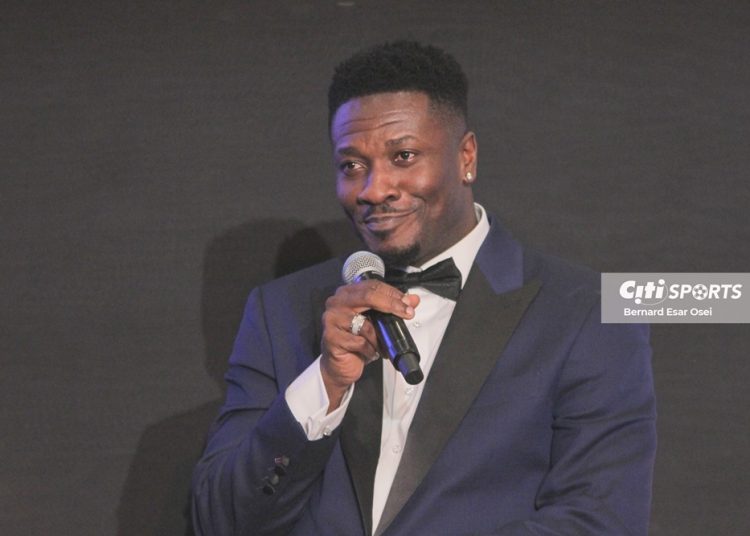 Former Black Stars captain, Asamoah Gyan, in his most anticipated autobiography, has revealed the hidden story of his first love.

The autobiography called “LeGyandary” was launched on April 30, and it is an insight into the life of Asamoah ‘Baby Jet’ Gyan.

The excerpt first published by Joy Sports highlights the story of the first love of ‘Baby Jet’.

In the excerpt, Gyan said he found his first love at the age of 14 and according to him, it is a tale of love at first sight.

“I continued my education at Seven Great Princes Academy and indeed, it was during my school days, that I met my first love. I was walking to my class. I hit my foot against a stone and almost tripped. When I stabilized, I turned to look at the rock when our eyes met. You could say it was love at first sight. The curve of her brows, the glint in her eyes, the smile that drew on her face; I knew she was the one. We locked eyes for what seemed like an eternity till a friend of mine interfered.

I later looked for her, and we established a rapport immediately. We started talking and after some time we grew very close. She was the light of my world, and the excitement of seeing her every day was enough to ginger me get to school. Love was sweet and beautiful with her. We could smile at each other during morning assembly, and sometimes I would blow her a kiss when no one was watching. I was fourteen and in love!

In fact, we were so in love and could not keep away from each other. After school, I’d walk her home, then she’d also walk me back to mine. We could go on like that till we grew tired of walking and sit down to chat into the night, without regard for the time. We were young and in love”.