“Hasenhuttl is behind my Premier League success”- Mohammed Salisu 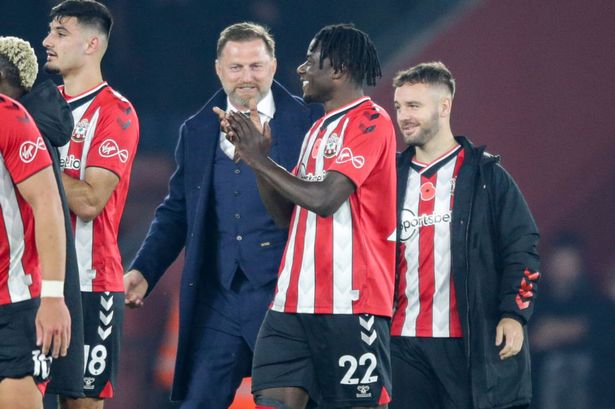 Ghanaian defender, Mohammed Salisu, has attributed his good showing in the Premier League to the guidance of Southampton manager, Ralph Hassenhutl.

Salisu joined the team in 2020 from Spanish La Liga side, Valladolid, and he has become a key part of the team’s setup in the league. He has made 31 appearances this season and his profile in the league has gone up due to his good performances for the Saints.

A lot of people including Premier League great, Alan Shearer, have praised Salisu’s quality in defence for Southampton but for the Ghanaian, his success in England is down to Hassenhutl’s counsel and support and he opened up on his working relationship with the Austrian coach in an interview with Sky Sports.

He also spoke on why he chose Southampton out of the many teams that wanted his signature when it was time to leave Spain.

“Before I joined the team, we had a chat with the manager and he told me how he wanted me to function in his team as a central defender.

I thought that was a good thing and I knew it would help me a lot because I am aggressive and he wanted me to stay that way and learn how to stay close to the player I was marking. He has really helped me a lot and he has improved me as a player.

For me, Southampton was the right place for me (after Valladolid) to develop. In my first interview, I said that the history of the club in terms of developing players was key to my decision.”

Salisu currently leads the Premier League interceptions chart with 76 with his fellow Saint, Jan Bednarek, second on 67 and the two are likely to add those numbers when Southampton travel to face Brentford on Saturday, May 7 at 2pm.