Pochettino explains why Messi has struggled this season 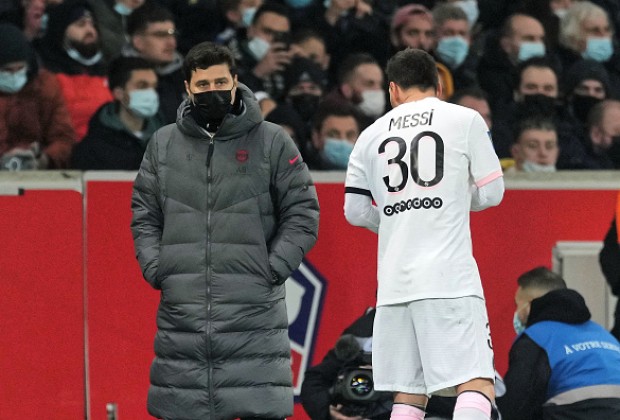 Manager Mauricio Pochettino has revealed why he believes Lionel Messi has struggled in his debut season with Paris Saint-Germain.

The Argentine joined the French giants as a free agent in August last year after his contract with Barcelona expired, and has since scored just four goals in Ligue 1 and nine strikes across all competitions.

A lot of criticism has been aimed the seven-time Ballon d’Or winner’s way as a result, although it appears he will continue in Paris, where he has another year remaining on his deal.

Pochettino, though, feels Messi has been treated harshly for his form in France, suggesting that his compatriot has been affected by his family having to adjust to life in a new country.

“To judge Messi in this way is unfair,” he said, according to the Daily Mirror.

“You can’t talk about Messi that way. It is like when I talk about [Diego] Maradona. I’m not talking about an ordinary player. Messi is on the same level as Diego Maradona.

“I have no doubts about his quality. Messi has enough talent to do what he has to do. He will do it. Next season will be completely different for him.

“It was a year of learning, and not just on a professional level coming to Paris Saint-Germain, in a new league and with new teammates, but also on a family level. You must take that into account. It is a significant upheaval that can affect a player.

“It is clear that the move from Barcelona to Paris Saint-Germain was a change in which a process of adaptation was necessary.

“Certain circumstances did not allow him to feel as comfortable as in Barcelona, where he had spent 20 years, where he had been the flagship player.”

Despite his underwhelming displays in France, Messi has still managed to claim silverware in the form of the Ligue 1 title, which was the 39th trophy win of his illustrious career.