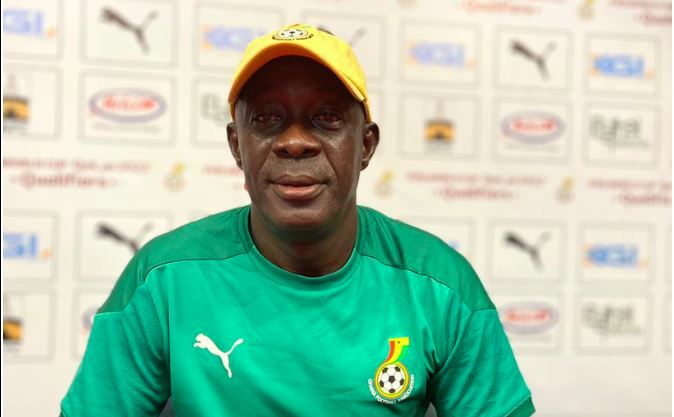 The head coach of the Black Princesses, Ben Fokuo, believes that the team can make it through the group stage at the 2022 U-20 Women’s World Cup.

To do that, however, the Princesses will have to overcome a tough challenge from defending champions Japan, the Netherlands and the USA.

Ben Fokuo admitted that the task ahead of his side is a difficult one but added that they anticipated that the group stage would not be easy to manoeuver.

“Everyone sees our group as a difficult one, which is true but all the other groups are tough. We always get a tough group but you shouldn’t expect an easy draw when you go to the World Cup. We haven’t qualified from the group stage but that doesn’t mean that will always be the case,” he said.

“As a coach, I think you should prepare for any opponent that comes your way. Our opponents will motivate us to do more in order to qualify from the group stage.”

Fokuo insisted that his side could become the first Ghanaian team to progress from the group stage at the U-20 World Cup, if they prepare adequately.

“Being at the World Cup means you are good and so you should prepare well and put up good performances. I know it is a tough group but when we work hard, we can qualify from the group stage,” he added.

“The draw was done based on performance and I think we will do well and hopefully, we will start camping soon to put measures in place to help the players. This might be the first time we will qualify from the group stage, even though it is a tough group. I am confident we can make it past the group stage,” he added.