May 9 disaster: Report hooligans to authorities – GFA to football communities 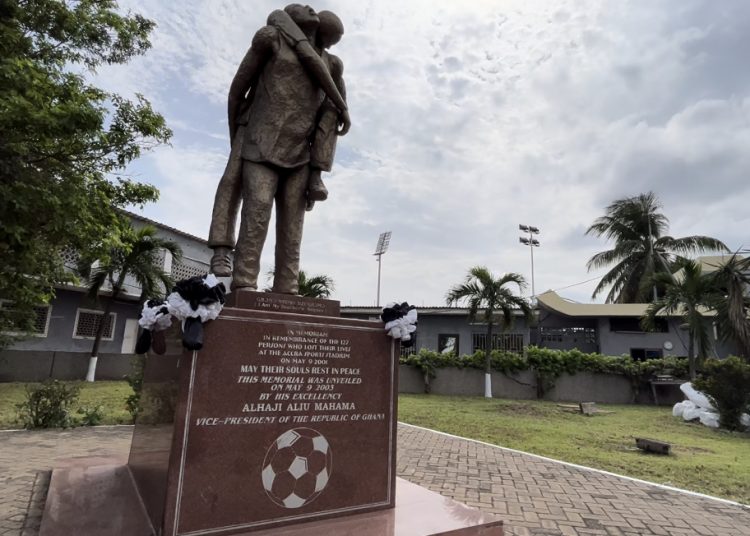 The country was dealt yet another case of barbaric hooliganism on Sunday, May 8, 2022, when the team bus of Division One league side, Tamale City FC was attacked after their game against Baffour Soccer Academy.

Speaking at a ceremony to mark the 21st anniversary of May 9 Stadium disaster at the Accra Sports Stadium, Harrison Addo stressed on the importance of a collective effort in fighting the canker.

”The local community are aware of the few individuals who perpetuate these crimes, so we are encouraging them so speak out and report such individuals to the appropriate authorities,” he said.

“That’s what we want all communities to do. If we can fish out these culprits, we will have only those who want to enjoy the games going to the various grounds, and it helps curb the menace.”

The ceremony to mark the May 9 disaster was attended by several high ranking members of the various stakeholder organizations, including the Deputy Sports Minister, Evans Opoku Bobbie, Director General of the National Sports Authority, Prof. Peter Twumasi and Executive Chairman of the African Games Local Organising Committee, Dr. Kwaku Ofosu-Asare.

WAFU Zone B: The weather in Niger affected our performance against Nigeria – Zito

WAFU Zone B: The weather in Niger affected our performance against Nigeria - Zito