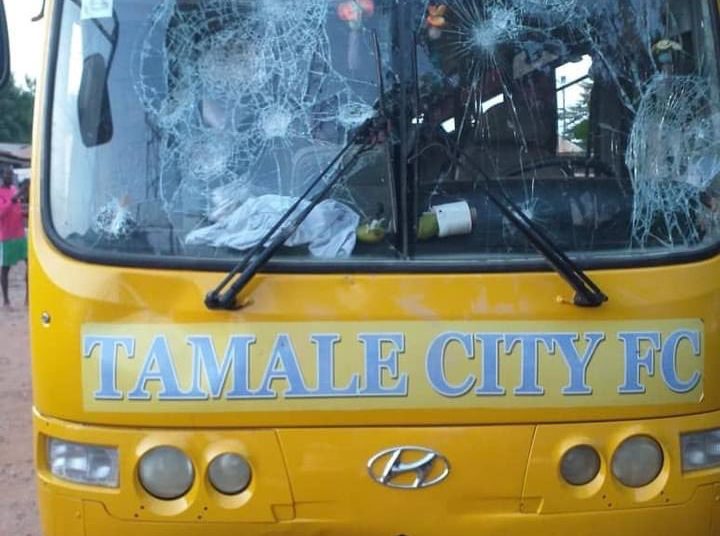 Ghana football recorded yet another incident of hooliganism on May 8, 2022, when the team bus of division one league side, Tamale City FC was allegedly attacked by irate fans, after their league fixture against Baffour Soccer Academy at Nsoatre, in the Bono Region.

Tamale City FC were  preparing to leave the venue after playing out a 1-1 draw, when their bus was vandalized, leaving several players and officials injured.

We were subject to inhumane treatment at Nsoatre and our crime was just that we drew against @Baffour_Academy
The dream is still alive! No form of intimidation can stop us! @DivisionOneGH @ghanafaofficial@SaddickAdams @FelixRomark @garyalsmith#CityForPremier pic.twitter.com/DMnlUunnti

The incident resulted in 7 players and 1 official hospitalized due to various degrees of injuries sustained.

The incident has been reported to the Ghana Football Association although the FA is yet to make an official statement on the matter.