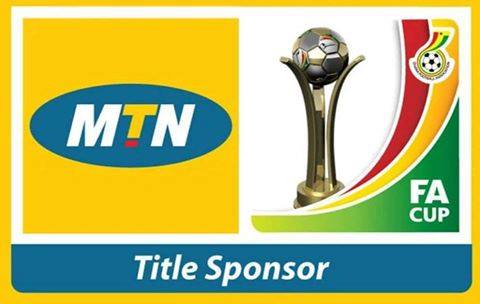 The MTN FA Cup is now at the semi final stage with Hearts of Oak, Dreams FC, Aduana Stars and Bechem United going in search of a place in the finals to be staged in Kumasi.

The first semi final is scheduled for Saturday at the Accra Sports Stadium when Hearts of Oak face Dreams FC. On Sunday, 2016 winners Bechem United then take on Aduana Stars at the Golden City Park in Berekum.

Here is how each of the four semi finalists made it to this stage of the competition.

2016 MTN FA CUP champions Bechem United are in the semi finals for the second time after beating Division one side Tamale City 4-2. In form Augustine Okrah helped himself to a brace with the silky Hafiz Konkoni recording his first goal of the season. The scoreline was made to look even more impressive as Latif Anabila connected the fourth goal. As a reward, Bechem will play regional rivals Aduana Stars in what could be one of the most enthralling encounters in the competition so far.

Remarkably, Aduana are chasing their first FA cup trophy and most pundits believe they are fortunate to be still in the competition.

Their victory over fellow Ghana Premier League side King Faisal was not as simple as the scoreline may suggest.

At the Nana Agyemang Badu Park, it ended 3-2 at full time thanks to goals from the competition’s leading marksman Sam Adams who scored his 5th goal, Mudasiru Manan grabbed a goal as did Emmanuel Gyamfi. whiles Zubairu Ibrahim and Osman Ibrahim got on the score sheet for King Faisal.

So the stage is now set for the semi final battle between the two top in- form Bono clubs. Let’s all tighten up for a potential cracker.

Steadily and surely, Dreams FC advanced to the Semi final stage of the MTN FA CUP for the very first time in their history after beating Division one side Kotoku Royals 2-1 at the Dawu.Theatre of Dreams.

Football pundits are divided as to whether or not the still believe boys can go all the way especially as they face defending Champions Hearts of Oak.

However at their very best, Dreams can match and beat any team in the top flight of Ghana football…..which remains a possibility if they manage to knock out the Phobians.

Notwithstanding their inconsistent form in the domestic league, defending Champions Accra Hearts of Oak are still the team to beat hey in the MTN FA CUP.

The Phobians remain on course to clinch their 12th FA Cup trophy after a solitary win in their quarter final game against Division one side Skyy FC.

A firm strike by Patrick Razak following a sublime assist has set up a date with fellow Premiership side Dreams FC. It promises to be a mouthwatering encounter as the two teams will serve contrasting styles on the pitch in their bid to reach the grande finale.