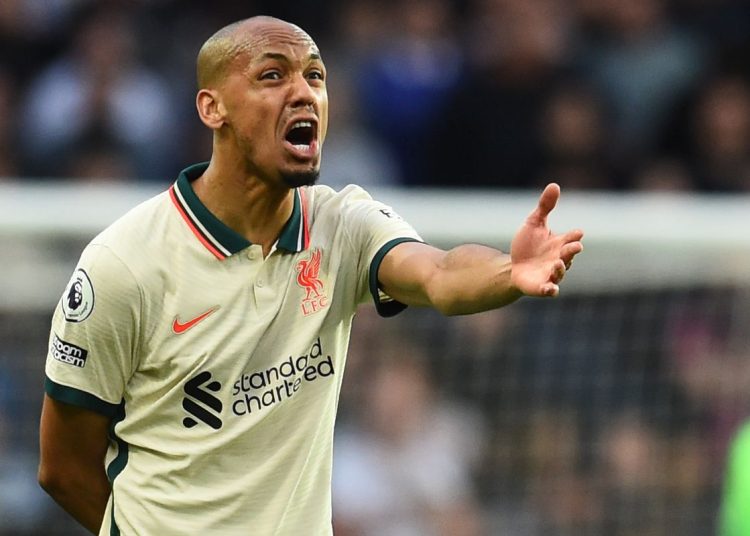 Liverpool manager Jurgen Klopp has confirmed his side will be without midfielder Fabinho for Saturday’s FA Cup final against Chelsea.

The Brazilian came off with a hamstring injury in Tuesday’s win at Aston Villa.

Fabinho will also miss the final two league games of the season, but Klopp hopes he will be fit in time for the Champions League final on 28 May.

“We can cope,” Klopp said, when asked how the 28-year-old’s absence would impact Liverpool’s title hopes.

Klopp added: “There’s a good chance that he will be available for the Champions League final.”

Jordan Henderson came off the bench to replace Fabinho in the comeback victory at Villa Park and Klopp hinted that Henderson will retain the defensive midfield position at Wembley.

“Hendo came on and played incredible. He has played super games this season at number six, so that is not a problem.”

A vital cog in the Liverpool machine, the Reds will be without Fabinho for the Premier League games against Southampton and Wolves as they hope for a Manchester City slip-up.

Liverpool are second, three points behind defending champions City and with a significantly inferior goal difference with two games remaining