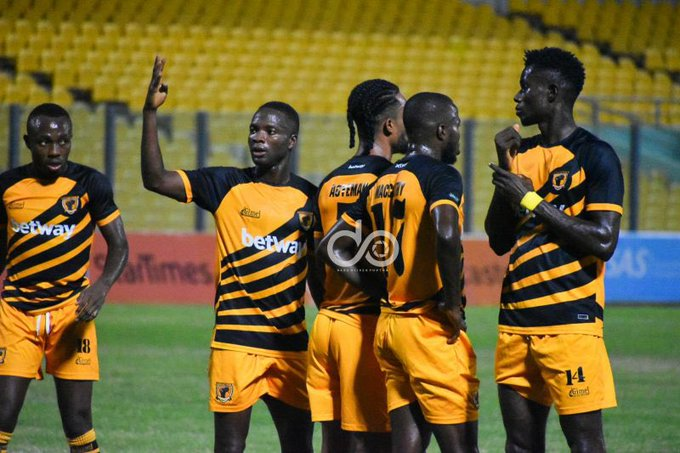 Former Ashanti Gold striker Augustine Arhinful has urged the Ghana Football Association to widen the scope of their investigations into alleged match fixing in Ghana, a phenomenon he believes is widespread.

His comments come on the back of the FA’s decision to demote Ashanti Gold SC and Inter Allies FC to Division 2 for their involvement in a match fixing scandal last season.

The two clubs have been also fined GHC 100,000 each after being found guilty of match manipulation with 34 officials and players from both clubs being handed various fines.

The matter relates to a Ghana Premier League match played between the two teams at the end of last season.

The game ended 7 – 0 in favour of Ashgold at the Len Clay stadium. Inter Allies player Hashmin Musah scored 2 intentional goals which he later claimed was to scupper a bet placed on the match.

While Ashanti Gold and Inter Allies have been found culpable, Arhinful is confident there are still some entities out there perpetrating wrong and has asked the GFA to go after them.

“This sets an example because I don’t think it’s only these two teams involved.

“They should look at other matches and other officials and see to it that this issue is curtailed.

“This issue of bribery and staking bets on matches before and during matches.

“It cannot be stopped entirely because it is a worldwide thing but we should be able to curtail it to an extent,” he stated while speaking in an interview with Citi Sports.

The FA on their part have recommended that in future match manipulation be treated as a criminal offence.