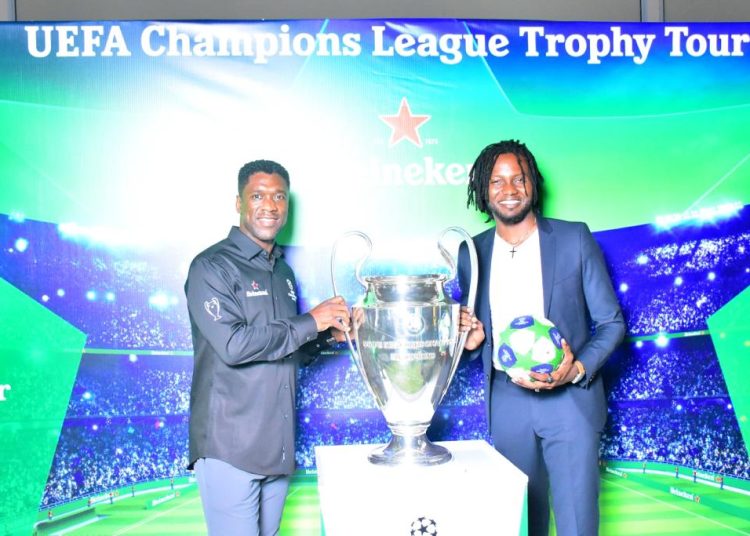 The African continent is known for its passion and drive for the game of football.

The growth and success of football professionals from the continent such as Senegal’s Sadio Mane, Egypt’s Mo Salah and Algeria’s Riyad Mahrez has further fueled this interest and passion for European football.

On Champions league football game nights, streets and bars are filled with cheers at every strike of a goal.

It was, therefore, no surprise that UEFA and Heineken embarked on the biggest tour of the UCL trophy in Africa – The first tour of the trophy since the global COVID-19 pandemic.

Getting close to and experiencing the much-coveted UCL trophy is indeed an exciting opportunity for many African football fans.

With the presence of Dutch and AC Milan football legend, Clarence Seedorf, the UEFA Champions League trophy toured the cities of Kinshasa in the Democratic Republic of Congo, Maputo in Mozambique, Addis Ababa in Ethiopia and Lagos and Abuja in Nigeria.

Fans from Congo Brazzaville and Rwanda were also taken on an experience of the tour in DRC and Nigeria respectively. 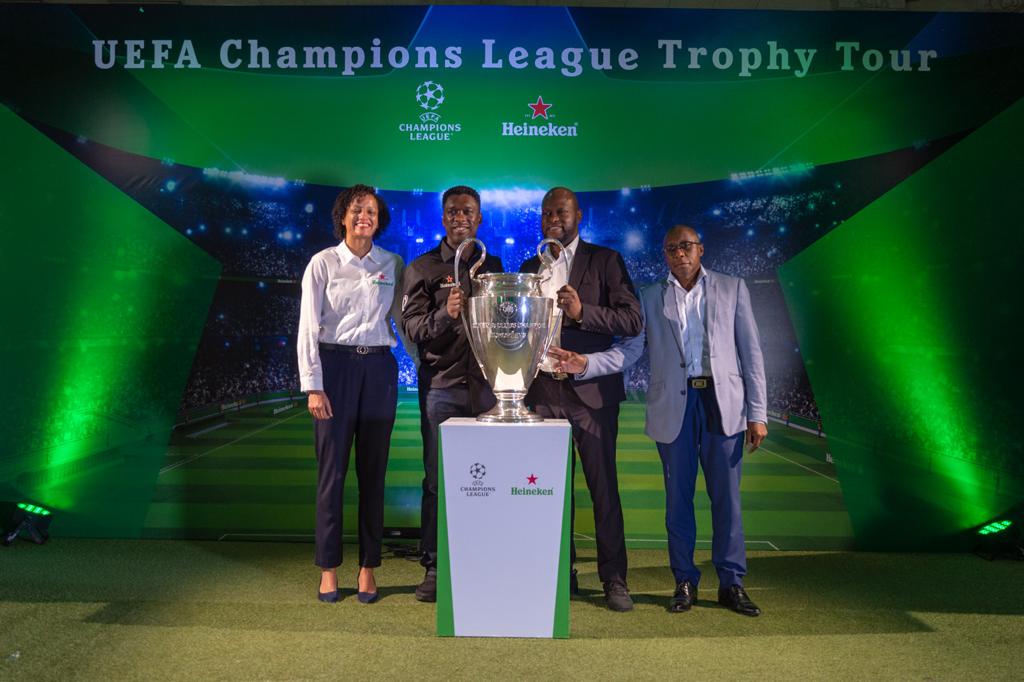 How Heineken is brewing love with football

Heineken is the world’s most international beer, sold in up to 192 countries.

The brand has been a sponsor of the UEFA Champions League since 2005, providing an opportunity for soccer fans to enjoy exceptional football and merry with the best beer brand.

Seating with a bottle of Heineken beer while watching a champion league match is a common sight in various football viewing centres across Africa, so much so that the brand is called the Champions league beer.

It is also a warm feeling to see football fans involved in debates after a champions league match has ended over some bottles of Heineken beer.

For UEFA, wooing fans across the world has become even more important given the threat of losing relevance as portrayed in the case of the ‘Super League’.

Heineken offered its support for UEFA and the UEFA Champions League with a witty social post – “Don’t Drink and Start A League”, which went viral and further sent fans into a frenzy.

The African continent is one of the most populous regions in the world, with over 1.3 billion people as of 2018, which accounts for about 16% of the world’s human population.

The African continent is seen as a potential market for the competition to grow and for the beer brand.

Football is the most popular sport in Africa with an estimated 300 million Africans regularly tuning in to watch the UEFA Champions League every season.

The tour also sought to build a stronger affinity for Heineken with consumers across Africa, bringing the UEFA experience closer to the African community.

Above all, Heineken has used this tour as a medium to celebrate the passion of African football fans.

The Trophy Tour: A summary of the events

The 2021/2022 Heineken UCL trophy tour across Africa, involved stops in Nigeria, Ethiopia, Mozambique and DRC alongside unique experiences with consumers, photo sessions with the UCL trophy and football legends.

Also, the events all through the tour had the presence of Dutch professional football manager and former player, Clarence Clyde Seedorf in a custom Heineken plane that also took competition winners across the continent.

It is an association of associations, a representative democracy, and is the umbrella organization for 55 national football associations across Europe.