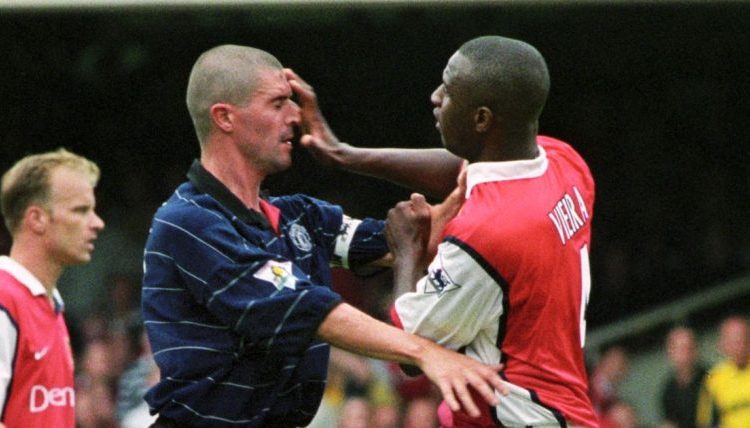 Crystal Palace manager, Patrick Vieira has attacked an Everton fan during the pitch invasion in the wake of his club’s 3-2 loss to the Toffees.

A dramatic 3-2 win secured Everton’s place in the Premier League and the fans reacted to the final whistle by storming the pitch.

The former Arsenal midfielder was walking to the changing rooms, which are on the other side of the pitch, when he was provoked by an Evertonian.

Vieira, who was known for his hot temper, and holds the record for most Premier League red cards with 8, did not hesitate to show the fan why he was one of the most feared players in the Premier League.