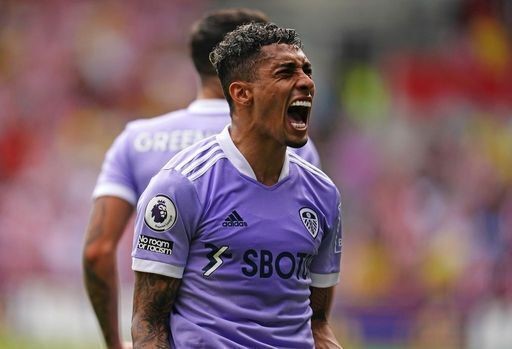 Leeds were able to celebrate Premier League safety as Jack Harrison’s 94th-minute strike gave them a 2-1 win at Brentford to escape the bottom three at Burnley’s expense.

Knowing they needed to better the Clarets’ result owing to their vastly inferior goal difference, the pressure of their challenge weighed heavy on Leeds early on.

Bryan Mbeumo missed presentable opportunities in either half for the hosts before a rare David Raya howler saw him scuff a pass straight to Rodrigo, who he then bundled over in the box. From 12 yards, Raphinha stepped up to send him the wrong way and leave Leeds within touching distance of safety.

That survival bid was given another helping hand when Kristoffer Ajer was forced off injured after Brentford had used all three substitutes, but they still re-ignited Leeds’ sense of angst as Sergi Canos nodded home Josh Dasilva’s cross to level.

He was booked for his celebrations and was soon shown a second yellow for fouling Raphinha on the halfway line, but still Leeds could not re-establish their advantage until Harrison’s long-range deflected effort beat Raya in the fourth minute of injury time to guarantee their survival.