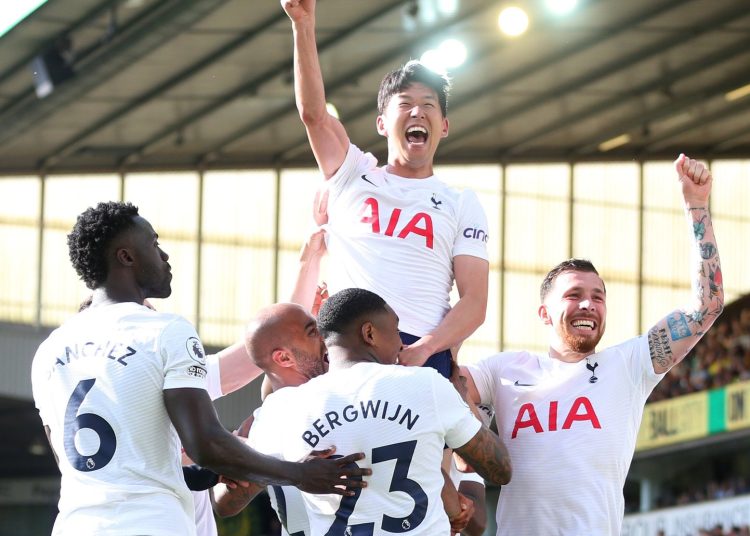 Tottenham Hotspur have secured their place in next season’s Champions League with a 5-0 victory over Norwich City on Sunday.

Their win at Carrow Road means Arsenal end the season in fifth. Mikel Arteta’s side beat Everton 5-1 on the final day of the campaign.

Dejan Kulusevski scored the opener after a cut-back from Rodrigo Bentancur, before Harry Kane capitalised on poor Norwich defending to add a second.

Sweden international Kulusevski made it three after the half-time break with a wonderful driven finish from narrowly inside the penalty box.

And Son Heung-min claimed a share of the Golden Boot with Tottenham’s fourth and fifth. He shares the award with Liverpool’s Mohamed Salah, having scored 23 goals this season.