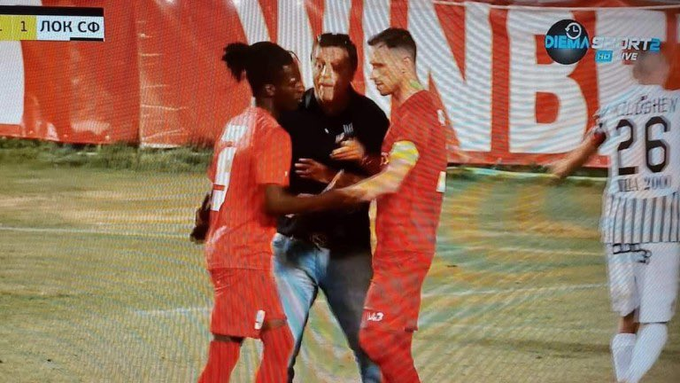 The owner of a Bulgarian club, Tsarsko Selo dissolved the team once their relegation to the second tier was confirmed, after they missed a last-minute penalty to stay in the First Professional League.

Tsarsko Selo played Lokomotiv Sofia on the final day of the league season, needing a win to ensure their survival.

With the match 1-1 after 94 minutes, Selo were awarded a penalty which, if they had scored, would have kept them up.

The club’s Gambian striker, Yusupha Yaffa stepped up to take the spot-kick ahead of regular penalty taker, Martin Kavdanski.

Incensed by this, the club’s owner, Stoyne Manolov came onto the pitch and shoved Yaffa aside aggressively insisting that Kavdanski should be the one to take the penalty.

Yaffa and Manolov continued their confrontation off the pitch.

After a few minutes of chaos, the pitch was cleared and Kavdanski stepped up but his weak effort was saved by Lokomotiv’s keeper to seal Tsarsko Selo’s fate. 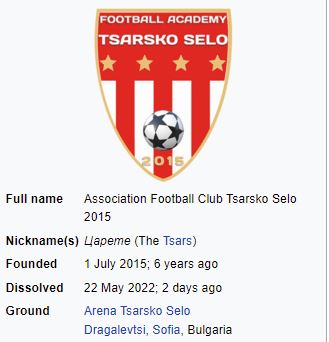 Presumably upset by the outcome, Manolov announced that the club would not take part in the league next season and would be dissolved.

Was is it really a particular player or a black dude was attacked by the club owner and the captain? pic.twitter.com/EUPkYfZoFk