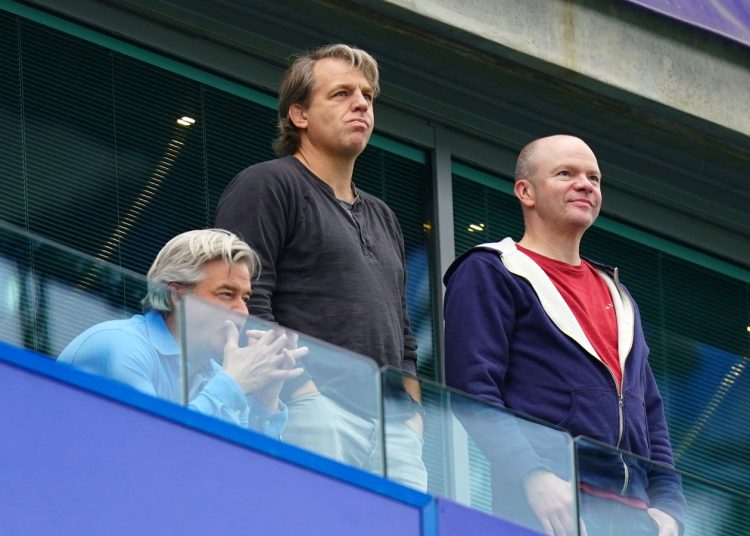 The Todd Boehly-led consortium have completed a £4.25bn takeover of Chelsea, ending Roman Abramovich’s 19-year ownership of the club.

The new owners said they are “committed to investing in key areas that will extend and enhance Chelsea’s competitiveness, including the redevelopment of Stamford Bridge, further investment in the academy, the women’s team and Kingsmeadow stadium,” adding they will “continue the important work of the Chelsea Foundation”.

After months of negotiations, the deal was finally approved on Wednesday morning when the government received legal guarantees that Roman Abramovich – who has had his UK assets frozen – would not benefit from the sale.

The proceeds from the sale will be frozen in a UK bank account until the government has received further assurances that the money will solely go to support humanitarian causes in Ukraine.

Boehly set out his consortium’s vision in a statement on Chelsea’s website, saying: “We are honoured to become the new custodians of Chelsea Football Club. We’re all in – 100 per cent – every minute of every match.

“Our vision as owners is clear: We want to make the fans proud. Along with our commitment to developing the youth squad and acquiring the best talent, our plan of action is to invest in the club for the long-term and build on Chelsea’s remarkable history of success.”

Boehly added: “I personally want to thank ministers and officials in the British government, and the Premier League, for all their work in making this happen.”

Russian-Israeli billionaire Abramovich put Chelsea, which he purchased in 2003, up for sale on March 2, a week after Vladimir Putin’s invasion of Ukraine on February 24.

Los Angeles Dodgers co-owner Boehly becomes Chelsea’s controlling owner, even though California investment firm Clearlake Capital have assumed the majority shareholding. A statement from the new owners said Boehly and Clearlake will “share joint control and equal governance of the club”, while “Boehly will serve as chairman of the holding company”.

It is reported the new owners plan to invest £1.75bn into the club, placing the overall takeover value at £4.25bn.

A Chelsea statement said the club “received more than 250 enquiries from proposed purchasers, held detailed discussions with more than 100 individuals and entities, and entered into 32 confidentiality agreements.” The Blues said 12 of the bids were seen as credible.

Since Abramovich was sanctioned, Chelsea had been unable to sell or sign players or offer new contracts.

However, Nigel Huddleston, the sports minister, tweeted following the takeover: “The sale of Chelsea has now been completed – a great relief to Chelsea fans around the country and indeed the world.

“The takeover means that the club is no longer subject to the sanctions imposed on Roman Abramovich, and can look ahead to a secure long-term future.”