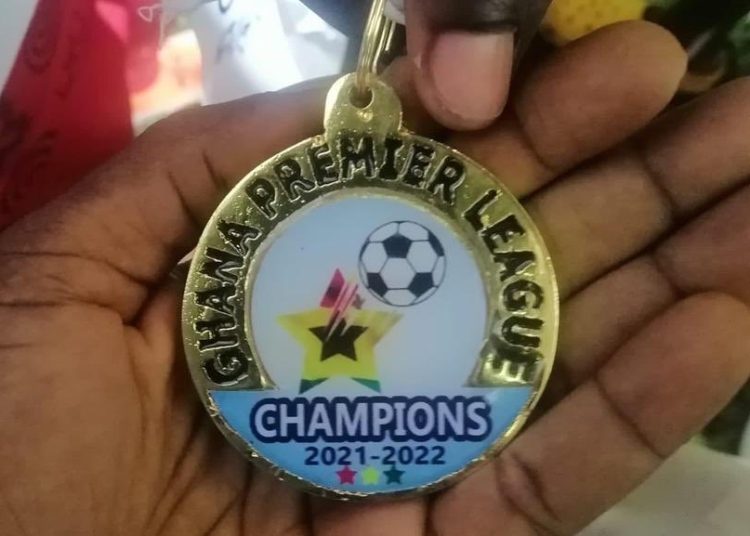 Ghanaians were up in arms on Sunday after pictures of the medals handed to the Ghana Premier League winners, Kumasi Asante Kotoko were shared on social media.

The Porcupine Warriors were crowned champions on Sunday after a 3-0 win over Elmina Sharks at the Baba Yara Stadium.

While celebrations continued at the stadium, on social media, the reactions were significantly less positive as pictures of the medals for the league winners filtered through.

Most people who commented on the medals believed they were subpar and not good enough for Ghana’s league champions.

Despite some journalists’ insistence that this year’s batch of medals was a significant improvement from the ones handed out last year to Accra Hearts of Oak’s players and technical staff for winning the double, most fans were still not impressed.

A much better medal than what they gave Hearts of Oak last season or what they have Ampem Darkoa Ladies this season. Hand-crafted by Ghanaian goldsmith. I like it! pic.twitter.com/eyhQViSmKV

An improvement from last season's medal. Kudos @ghanafaofficial now time to increase the prize money and get a headline sponsor for us next season. 🙏🏿 pic.twitter.com/rRgWxFR6QO

A number of fans compared the GPL Medals and the FA Cup medals to the ones given by various schools in the country, highlighting just how disappointed they were.

The FA had an entire year to plan after the Hearts of Oak medal fiasco and emerged with this roughly cut medal finished with oil paint and its supposed to be thumbs up?

Placing it in a box and taking nice photos changes nothing

This is the medal 🏅 presented to GPl champions Kotoko. Let’s commend the FA pic.twitter.com/g7kSsJQrpE

It’s time for the GFA to contact the makers of the KNUST graduation medal to provide sth more befitting to our GPL champions. pic.twitter.com/Y4HdoiRRk9

Yes progress has been made but it’s still far from satisfactory. GFA still no try. The hustle teams go through to complete a season is ridiculous & worse only to be awarded this medal is sickening. Top GH Unis deliver top notch medals for their graduates same can be done for GPL

In 2022, this is a national premier league medal. So e be say wona eye no open or what? What is this? Blistering Barnacles! pic.twitter.com/MJaXCd4hFd

The improved GPL Winners medal. The repeated substandard delivery perhaps points to a fundamental gap in Supplier Quality Assurance expertise at the FA.
It shows in a lot it their product designs and output. pic.twitter.com/ayPR6K3rlr

Let us not praise this. The design, material and quality of finish is 15 years behind current industry standards.
This is the only thing a player gets to show for a whole season work. We must invest some quality into it

Improvement? Being a craftsman, I’ll call this very poor .

The cutting of the edges de333, did they use cutlass in shaping de medal anaaa 🤣😂😂

Not good enough. The finishing is horrible. They have to do better than this. Way better.

What we ordered What we got pic.twitter.com/ttevdrQAzm

The medals given to the Women’s FA Cup winners and runners-up, Ampem Darkoa Ladies and Hasaacas Ladies, after the final over the weekend did not escape criticism either. 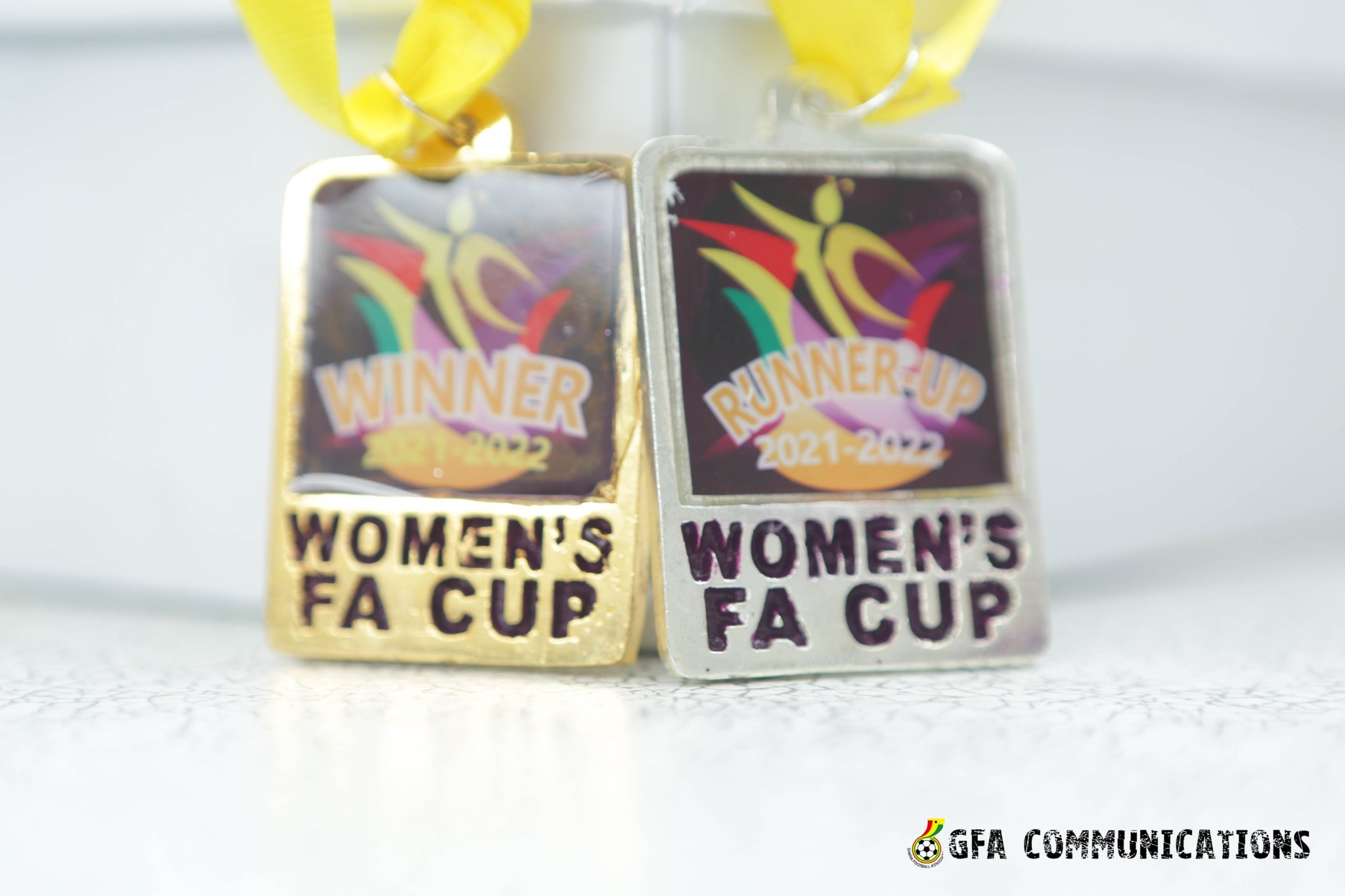