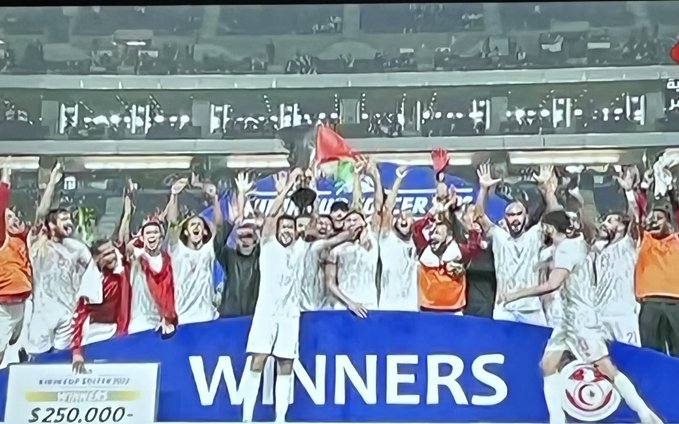 Tunisia stepped up their World Cup preparations by beating Japan 3-0 to win the 2022 Kirin Cup on Tuesday.

The North Africans have been drawn with France, Denmark and Australia in World Cup Group D and they can reflect on a productive trip to Japan this month after also beating Chile 2-0 in last Friday’s semi-final.

Japan beat Ghana 4-1 to reach the final but the North Africans were too strong for the host.

Mohamed Ali Ben Romdhane scored a penalty 10 minutes into the second half before Ferjani Sassi and Ali Maaloul scored to round off an impressive victory for the Carthage Eagles.

The 2004 African Champions will leave Japan with $250,000 as prize money for winning the tournament.

The early game between Ghana and Chile ended 3-1 to Ghana via a penalty shoot-out after regular time ended 0-0.