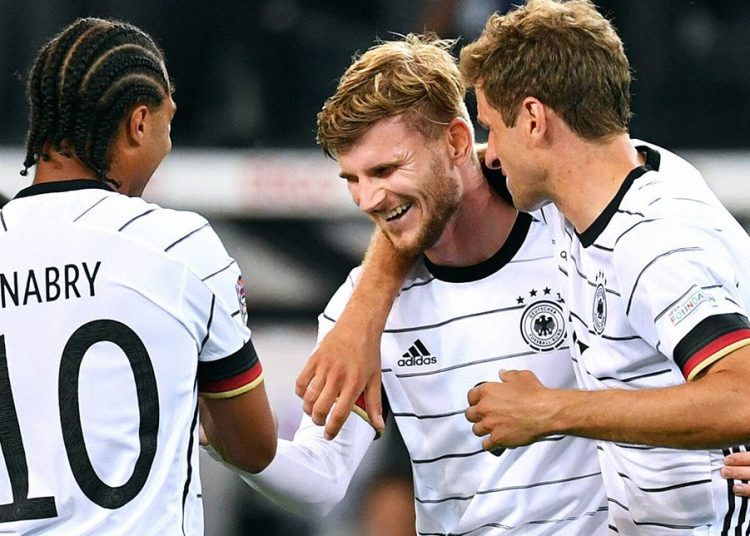 Germany became the first team to score five goals in a game against Italy since 1957 in a Nations League demolition in Monchengladbach.

This was Germany’s first competitive win against Italy ever.

The last time Italy conceded so many goals in a game was 65 years ago when they lost 6-1 to Yugoslavia in the Central European International Cup.

Italy keeper Gianluigi Donnarumma said: “We are angry, there are no excuses tonight. We have to look each other in the eyes and restart in order to show that this is not the real Italy. We lacked everything tonight.

“We are very sorry for the fans, especially the Italians living in Germany. We all made mistakes tonight. I made a big one and I take responsibility for that.”

Germany are unbeaten in 13 games under Flick although this was their first Nations League victory after three draws. They are one point behind group leaders Hungary. 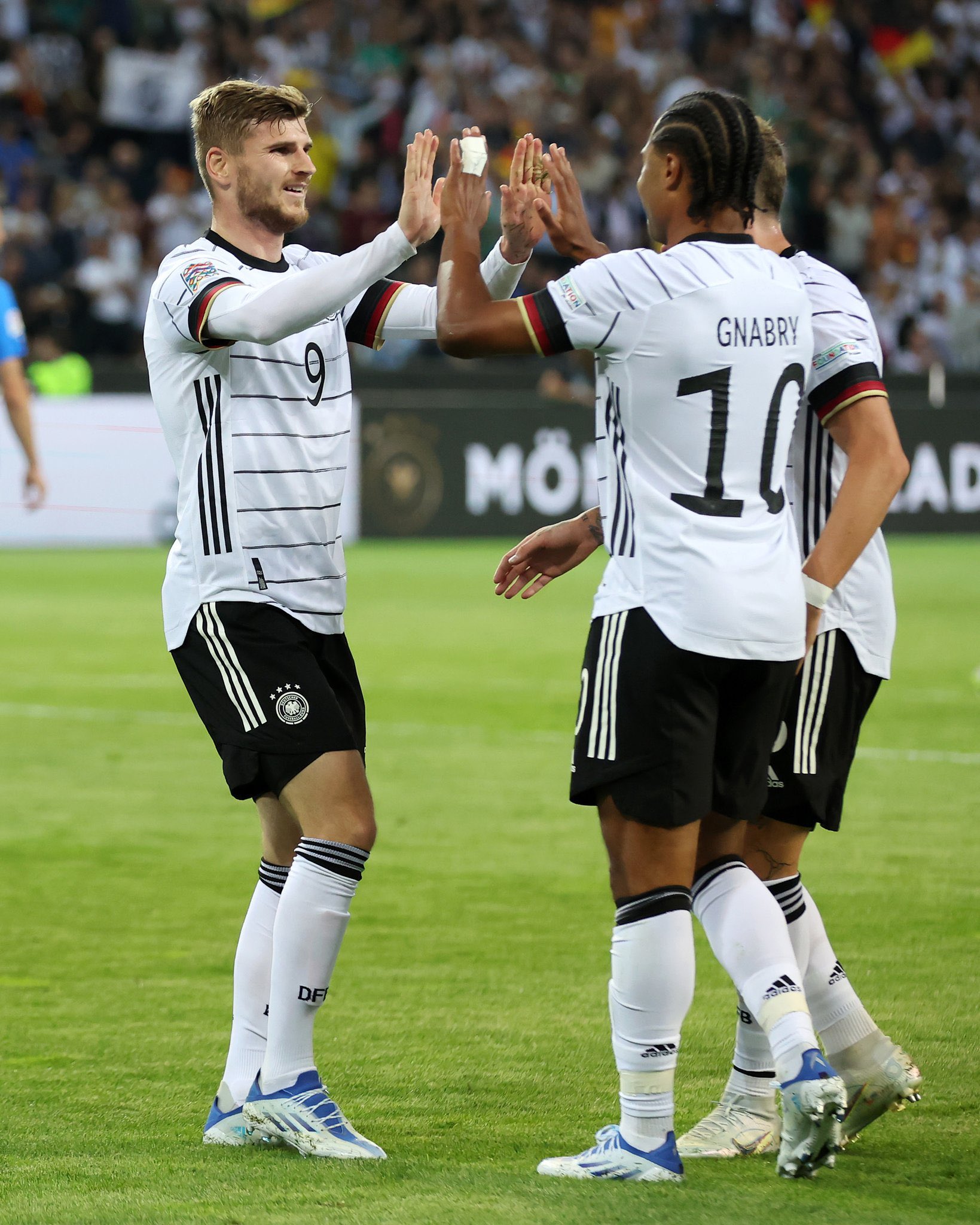 Roberto Mancini’s Italy had been unbeaten in the group.

Elsewhere, Belgium kept the pressure on the Netherlands at the top of Group A4 with a 1-0 win over Poland.

Michy Batshuayi’s diving header from Youri Tielemans’ cross in the first half proved to be the only goal in Warsaw.

The Netherlands beat Wales 3-2 to stay three points above their rivals.