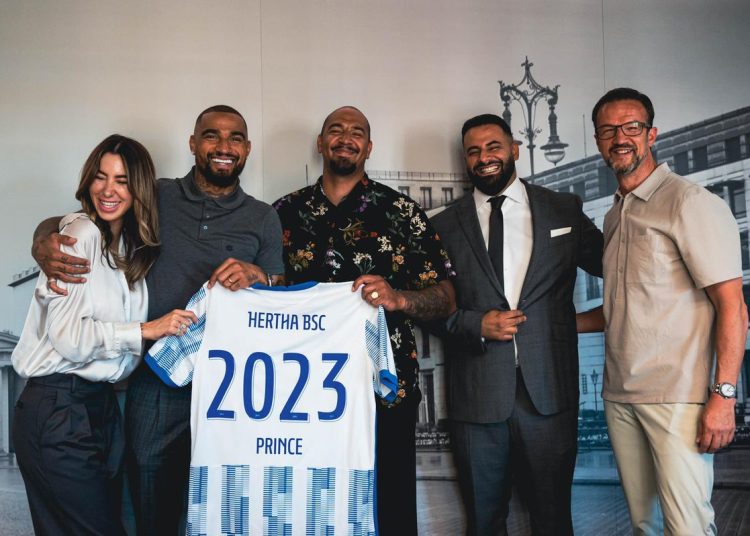 Hertha Berlin have given experienced midfielder Kevin-Prince Boateng a one-year contract extension after he played a key role in helping them avoid relegation from the Bundesliga.

“We have seen the importance Prince has in our team, not only in the relegation (play-off),” Hertha managing director Fredi Bobic said on Wednesday.

“He leads by example and pulls everyone along.

“These are exactly the qualities we need in the coming season.”

He had been left on the bench for Hertha’s 1-0 home defeat in the first leg.

The Berlin-born Ghana international started his career at Hertha after graduating from the youth academy to the senior team in 2005.

Following stints at more than a dozen clubs, including Tottenham, Borussia Dortmund, AC Milan and Fiorentina, he returned to Hertha in July 2021, making 18 appearances last season in Germany’s topflight.