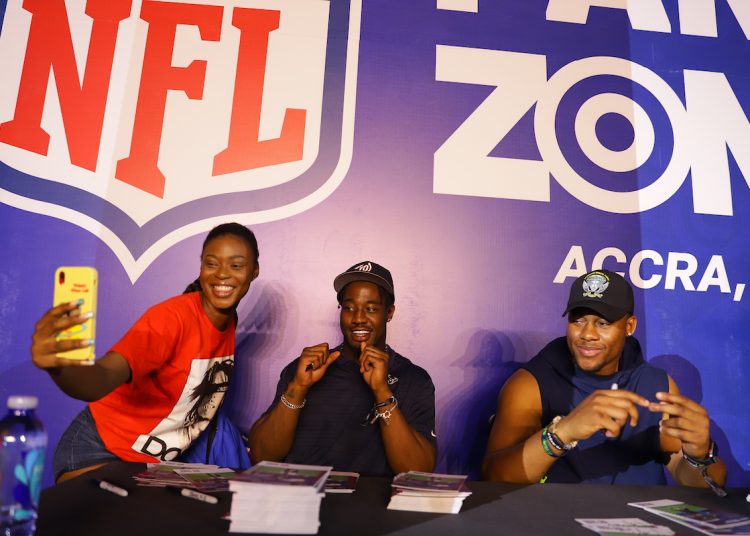 The NFL concluded their week-long Africa launch with a Fan Zone event held at the Kempinski Hotel in Accra.

The NFL Africa: Touchdown was a week-long event by the NFL to officially announce their presence in Africa. The Touchdown featured a community day, skill camps, and talent identification among other events to raise the profile of the game.

The Fan Zone event was the culmination of a week of events.

At the event, fans got the chance to engage in skill games and drills, they were also shown various Superbowl rings and got a chance to admire the famous Vince Lombardi trophy, named after legendary NFL head coach and Executive, Vince Lombardi.

Speaking at the event, Vice President Mahamadu Bawumia spoke of the potential of the NFL to grow in Ghana:

“The next frontier for the NFL is Africa. I am very excited that we are doing this through the schools. 10 schools have been selected and teachers have been trained and now we can unearth the talents that are here in Ghana.”

He also spoke of the possibility of more Ghanaian players entering the league:

“Government will continue to support this endeavour. We are excited about what is ahead and we hope we will get some dominant players from Ghana and Africa into the league