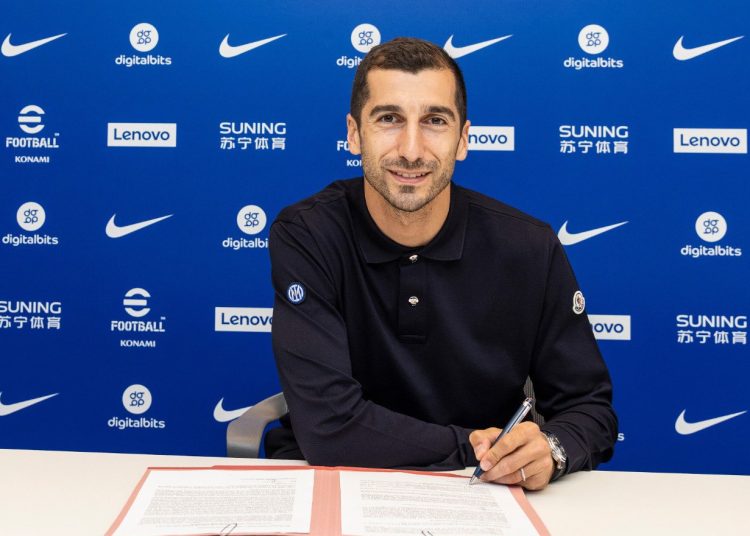 Inter Milan have signed midfielder Henrikh Mkhitaryan on a free transfer after his contract at Roma expired.

The 33-year-old will become the first Armenian to play for the club.

He spent three years in Rome, initially joining on loan from Arsenal after spells with Borussia Dortmund, Manchester United and Shakhtar Donetsk.

“Very happy to join such a great club,” Mkhitaryan tweeted. “Will do my best and give my all to help the team achieve our goals.”