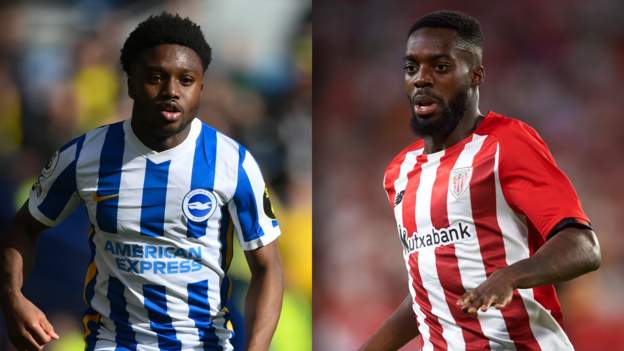 The past week has been very interesting for Ghana Football, with regards to the Black Stars.

Athletic Bilbao ace, Inaki Williams’ announcement on his decision to represent Ghana, coupled with the Ghana Football Association also revealing same for Tariq Lamptey, Mohammed Salisu and others, was met with a lot of excitement.

However, amidst the fanfare, some questions have been raised, about how the influx of the new players would affect the harmony in current squad, and whether the sway of the World Cup influenced their decision to commit to the national team.

Ghana Head Coach, Otto Addo, who himself was born in Germany but chose to represent Ghana, has added his voice to the growing debate.

He believes the incoming players know exactly what they’re getting into, and trusts them to be successful for the national team.

“Since March we’ve been talking to a lot of players who we think can have an impact on the team,” he told the BBC.

“I can understand it can be a difficult decision, especially if you were born in another country and you’re young.

“It’s a lifetime decision, unlike at club level where you can play for a number of teams, so it’s very difficult and I understand them better, having being born in Germany.

“But we want those who have decided to get familiar with the team and the staff as soon as possible.

“So everybody who wants to join has to join now so they know exactly what they’re going to do,” he added.

Otto Addo also played down suggestions of the new players basing their decision to join on playing at the Qatar World Cup.

“It’s a tough decision and they know what they’re getting into. Surely it’s not just about this World Cup.

“It’s about more World Cups to come, AFCONs, winning and being successful, so it’s really not just about this one World Cup.”

Ghana will face Portugal, South Korea and Uruguay in the group stages of the FIFA World Cup in Qatar, which begins later in November.

Pressure is not knowing where your next meal will come from, not football – Otto Addo on World Cup expectations

Pressure is not knowing where your next meal will come from, not football - Otto Addo on World Cup expectations