WAFCON 2022: Zambia call for replay of semi-final after VAR penalty 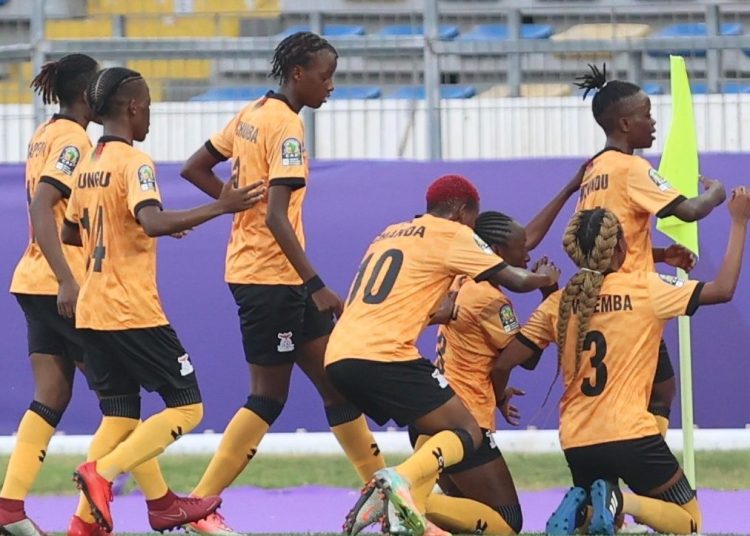 The Copper Queens were beaten 1-0 on Monday after Linda Motlhalo converted a contentious 94th-minute penalty, which was awarded following a video assistant referee (VAR) check.

Zambia coach Bruce Mwape queried the purpose of VAR after the match, while the country’s President Hakainde Hichilema said it was a “questionable penalty”.

Faz has lodged an official complaint with Wafcon organisers the Confederation of African Football, highlighting “six key incidences” as grounds for a replay.

“We wish to contest the decision of the referee to award such a penalty as we call for a serious review of the game,” Faz’s letter of appeal said.

“We call for the penalty to be cancelled, that a replay be ordered and that the referee be barred from handling any [further] games.”

Mwape was “very disappointed with the way the penalty was given” and that the VAR decision was harsh on his frustrated players.

“In the future, people will start saying it will be pointless to have referees if the cameras can decide,” he told BBC Sport Africa.

“They should just be firm, because it’s high time the referees improved in terms of officiating games.”

Meanwhile, Nigeria goalkeeper Chiamaka Nnadozie was also critical of the officiating as the Super Falcons had two players sent off – both after the intervention of VAR – in their last-four defeat on penalties by Morocco.

“The officiating was not really OK,” she said.

Nnadozie also claimed Moroccan fans “did everything to distract” her side, with Nigerian players targeted by laser pens during their shootout.

“Since I’ve been playing football, this is the worst match I’ve ever played in my life,” she added.