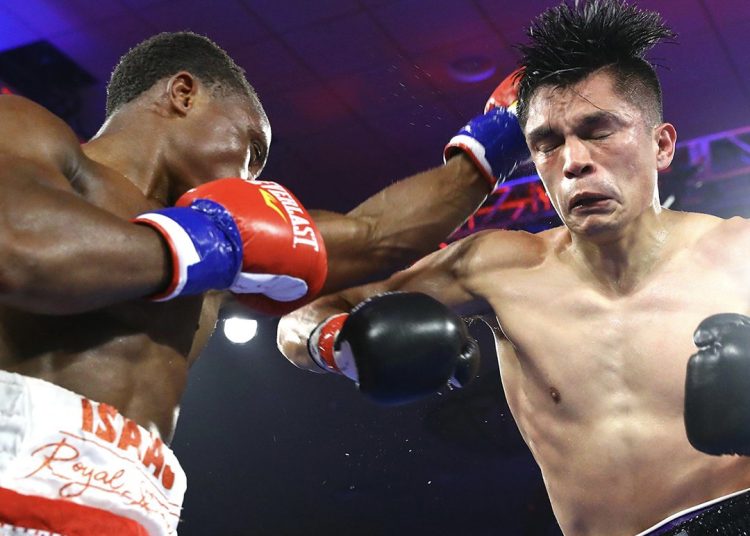 Ghana’s Isaac Dogboe, defeated Joet Gonzalez via a split decision, to set up another world title shot in the Featherweight division.

The contest, which took place at the Grand Casino Hinckley, USA, was a WBC final eliminator for the World Title.

It was a very close fight with both boxers edging each other out at various points in the fight, but Dogboe came out victorious according to the judges and now has another shot at the World title.

The former WBO super-bantamweight champion, lost his world title back in 2018 to Emmanuel Navarette, and then was defeated in the rematch a few months later.

It’s been a long way back for Dogboe since, which saw the former world champion take some time off from the sport, in his comeback quest.

Dogboe spoke after the bout and confirmed he now has his eyes on the WBC title, currently held by Mexican, Rey Vargas. It is however unclear when that fight will take place.

Dogboe also has his eyes on IBF Featherweight champion, Josh Warrington, as he pursues his dream of becoming a two-time world champion.