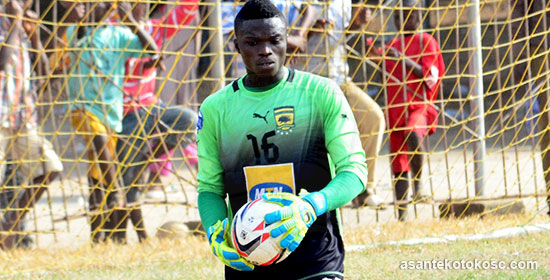 Accra Hearts of Oak Sporting Club has announced the signing of Goalkeeper Eric Ofori-Antwi ahead of the start of the 2022-2023 Ghana Premier League season.

Ofori-Antwi signed a three year deal with Phobia Club after passing his medical earlier today; the 27 year old is one of three players recently signed by Hearts of Oak.

This move marks the latest chapter in the career of the former Ghana National Under 20 stopper competing in the Ghana Premier League.

Ofori-Antwi made his debut in Ghana’s football top flight competition with Amidaus Professionals and played for the team until Amidaus’ relegation from the Ghana Premier League following the 2013-2014 season.

He played for Kumasi Asante Kotoko and Medeama Sporting Club respectively prior to joining Legon Cities Football Club. Ofori-Antwi, who turns 28 on October 30, helped Legon Cities to a ninth place finish in the 2021-2022 GPL Season.

Ofori-Antwi gained mainstream popularity for his exploits with the Black Satellites at the 2013 African Youth Championship and the Under 20 World Cup where Ghana finished second and third respectively.